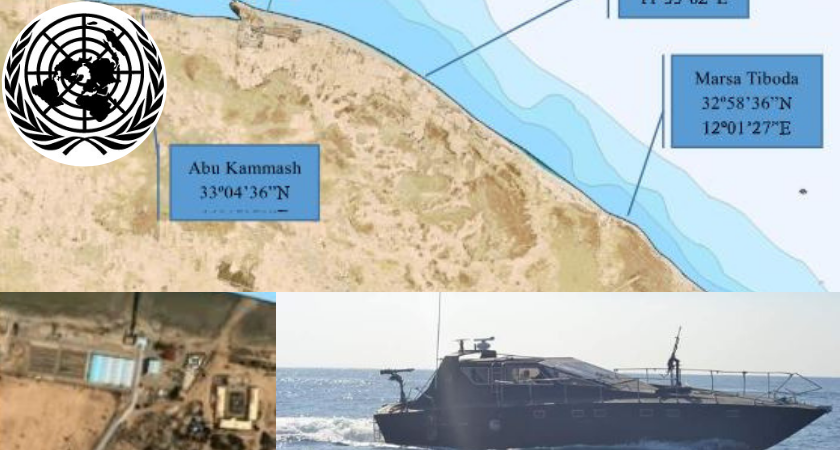 A report prepared by the United Nations Panel of Experts on Libya revealed new information about the smuggling of oil off Maltese territorial waters and by means of ships that leave Malta’s harbours. The UN report states that vessels carrying smuggled fuel would remain adrift some 12 nautical miles off the coast of Maltese territorial water, waiting for another vessel on which to discharge the fuel to its final destination.

The report which was presented to the United Nations Security Council recommends that members of the United Nations Organisations should be empowered to inspect vessels bound to or from Libya on the high seas and of which they have suspicions of fuel smuggling.

The report details how vessels would sail from Malta to the Gulf of Gabes in Tunisia, once they are some 40 to 60 nautical miles off the Tunisian coast they would go off radar. Then the vessels would head to Zuwarah in Libya which has been described as one of the main centres from which refined petroleum is smuggled out of Libya. The oil comes from the Zawiyah refinery in Libya.

The Noor and alleged fuel smuggling off Malta

Noor a Tanzanian registered vessel allegedly carried out fuel smuggling at the end of October 2017 outside of the Maltese territorial water, where it left and returned to after sailing to Zuwarah. According to the UN report, there were “strong indications” that his happened but they have no confirmation for such alleged activities. The vessel was subsequently broken up for scrap in January 2018. According to the evidence annexed to the report, the Noor disconnected from its AIS or the system which keeps track of ships on its way back. The vessel had set off from Malta on October 23 once it was 41 nautical miles off the Gabes port, it then sailed east to Zuwarah. The vessel went off radar on 16 November, the AIS was switch on three days later.

In total four vessels were impounded by the Libyan authorities after their involvement in fuel smuggling was alleged.

A temporary halt to fuel smuggling by sea

The arrest of among others, Darren Debono by the Italian police in October 2017 was cited by the UN experts as one of the factors that led to the temporary halt of fuel smuggling. According to the UN Report, Debono belonged to the same criminal network as Fahmi bin Khalifah known as Fahmi Salim who was a major fuel smuggler in Zuwarah who was arrested two months earlier. However four of Salim’s brothers remain active in fuel smuggling according to the report.

The report states that the violence which erupted during September and October 2017 led the smugglers to rethink their route to Zuwarah.