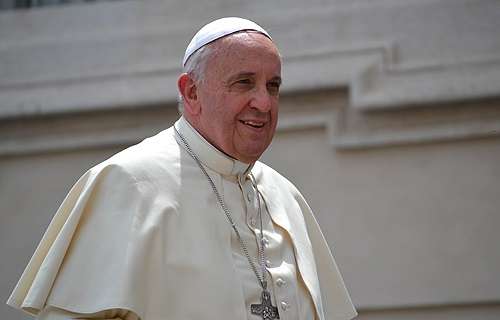 Oscar-nominated film director Evgeny Afineevsky, during an exclusive interview with Newsbook.com.mt, described the new film he is working on as a journey from hell to hope. The film is about Pope Francis.

Afineevsky said that his experience in Syria, which he documented in his film Cries from Syria, shattered him as it was like a journey to hell. He experienced so much cruelty and violence that he suffered an extreme attack of post traumatic stress disorder. Besides, he was losing hope in humanity. Then he discovered Pope Francis as he who could offer this hope for humanity and wanted to document his discovery.

In past months, Afineevsky travelled around the world interviewing people who met Pope Francis, and the documentary will give a great importance to what they had to say about him. In the coming weeks, he will be interviewing presidents and prime ministers, such as President Obama and Chancellor Angela Merkel. Afineevsky also interviewed the President of Malta Marie Louise Coleiro Preca. He filmed in the refugee camps of the Rohingya and met many who knew him in Argentina.

The documentary will feature original videos that have never before been shown publicly.

Afineevsky is currently editing the film. He plans to have a rough copy in the coming weeks, which he will show to Pope Francis and include some of his comments.