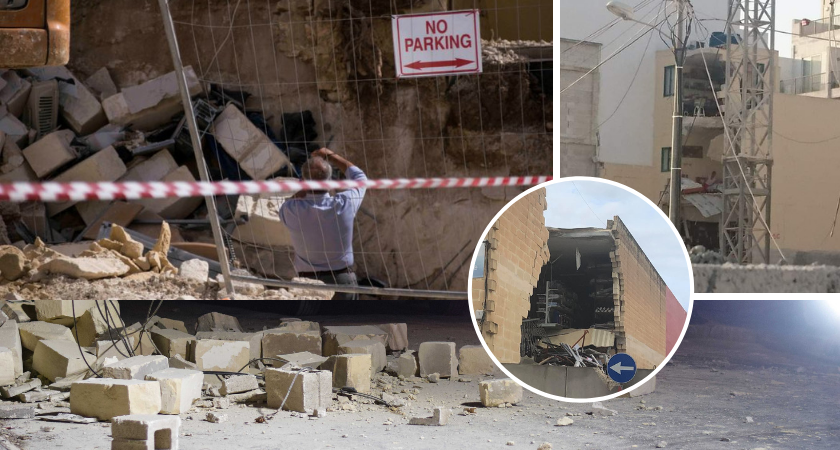 Legal sources which communicated with Newsbook.com.mt expressed their concern in relation to the decision taken early this afternoon by Prime Minister Joseph Muscat.

During a press conference at Castille, Muscat announced that following a decision taken by himself, all ongoing works relating to excavation and demolition works has been temporarily and immediately suspended. Newsbook.com.mt attempted to inquire whether there is a legal basis for such decision but Muscat said that he will not be replying to questions.

A number of individuals expressed their surprise for the Prime Minister’s decision. In fact they were shocked with this “blanket ban”, sources from China, a country known for its Presidential powers.

“A decision which goes beyond the PM’s responsibility”

Legal sources which communicated with Newsbook.com.mt said that when the decision was taken that all works were suspended, it seemed that this decision goes beyond the Prime Minister’s responsibility (ultra vires) since there is no provision in the law relating to this subject matter.

One of the sources explained that in all cases, a decision which suspends all ongoing works is always problematic since it does not differentiate between legitimate work and abusive work. He said that on the basis of this, the order announced by the Prime Minister can be considered illegal.

“Drastic actions such as these are not characteristic of democracy”

Another legal source highlighted that he does not see a legal basis which gives the Government the authority to take such a drastic measure, and said that even in cases where such a measure is taken, this can be anti-constitutional. In addition, the source said that taking drastic actions such as these without discussing them in Parliament before are not characteristics of a democracy and it might be the case that they do not respect fundamental human rights.

When Newsbook.com.mt asked whether a measure such as this may potentially give rise to a legal case against the Government for the recovery of damages, the legal sources noted that the Government would be responsible in those cases where the measure is used against the citizens which abide by the law and which were granted the necessary permissions in accordance with the law.

Meanwhile, Newsbook.com.mt sent a number of questions to the Attorney General Peter Grech, however until the time of publication, no reply has yet been communicated.

Nevertheless, later in the evening, the Building Regulations Office (BRO) published a press release whereby it declared that the Director responsible for the BRO has ordered the suspension of any type of activity relating to the demolition of existing building and excavation of all construction sites in Malta and Gozo. The article which the BRO quoted was Article 18 (2).

The Government’s consultant, Architect Robert Musumeci, when presented with a question from Newsbook.com.mt about the legal basis for a measure such as this, referred this newsroom to Legal Notice 72 of 2013.

What does this law say?

Article 18(2) says that Where the Director or his delegated representative deems that the cessation of construction activity is to be immediate because of imminent severe damage to contiguous properties or danger to the public, or third parties, the enforcement notice and the required preventive measures may be issued on site in a verbal manner and later confirmed in writing within twenty-four hours of the issuance of the said notice.

An enforcement notice may only be withdrawn by the director, provided that a new method statement indicating all necessary remedial works and precautionary measures is submitted to replace the original method statement.

Any decision taken by the Director shall be subject to the right of appeal before the Building Regulation Board.