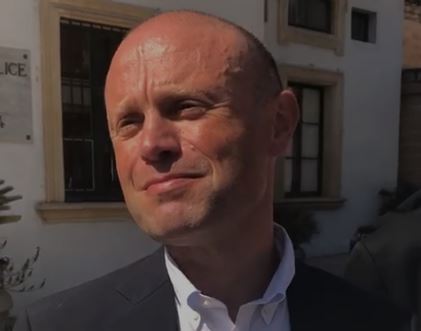 Ex-Prime Minister Joseph Muscat is denying allegations of being investigated by Italy.

An article uploaded on Kenneth Rijock’s Financial Crime Blog outlines that Italy’s Financial Intelligence Unit (FIU) has opened a criminal probe into Muscat “and his Maltese criminal associates, involving financial transactions that they have conducted inside Italy”. The report also states that investigative reporters in Malta have long suspected that Muscat has had a close relationship with elements of traditional Italian organized crime, commonly known as the Mafia, in Sicily.

However, Muscat told Newsbook.com.mt that such allegations are an “invention”, and that he never had any “financial activities” in Italy. Furthermore, he stated that “this discredited individual, who surely has no connection to any institution he ‘quotes’, is once again resorting to fabrications.”

Last Tuesday, Keith Schembri, Muscat’s Chief of Staff at the time, was arrested due to suspicions regarding money laundering activities related to the passport scheme. Nexia BT’s Brian Tonna and Karl Cini were also interrogated. Schembri was granted police bail on Tuesday evening.

On Monday, Judge Edwina Grima ordered an asset freeze against Schembri and others affiliated with Nexia BT, including Brian Tonna and Karl Cini, as well as Schembri’s company and others. On Wednesday, Matthew Caruana Galizia wrote that a second asset freeze has been ordered against Keith Schembri, former Prime Minister Joseph Muscat’s Chief of Staff.