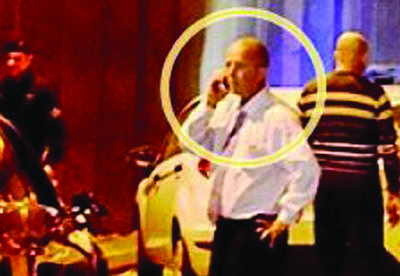 Ex-Policeman and former driver for Minister Manuel Mallia, Paul Sheehan, has been found guilty of shooting at another car in November 2014, an incident which led to Mallia’s resignation.

Paul Sheehan has originally been charged with the attempted murder of Stephen Smith. Smith, a Scottish man, had clipped the wing mirror of the ministerial vehicle. The off-duty policeman had then aimed two shots at Smith’s car. However, the bullets hit the body of the car, and not Smith.

The cars had then been moved prior to any investigators arriving on the scene, which led to allegations of a police cover-up. The ensuing scandal led to Mallia’s resignation. Magistrate Rachel Montebello noted that the majority of the evidence hinged on this fact, but also noted that this is irrelevant to determining guilt in this case, since it had happened after the shooting had already occurred. Furthermore, the Acting Commissioner had given the order to move Smith’s car, as established by the transcript of a phone call.

However, the court determined that what had happened prior to the shooting was of the most importance. The court said that after the impact, Sheehan had chased Smith and then stopped next to his car in Kappara Valley Road, Gżira. Three eyewitnesses were present for the ensuing argument, as well as the subsequent shooting. There was also footage of the incident.

Smith told the court that as he exited his vehicle, he saw Sheehan approaching him, shouting angrily and wielding a gun. Smith feared for his life, got into his vehicle and attempted to drive away. Two shots rang out, and the car shuddered to a halt a short distance down the road.

The defense argued that Smith was under the influence of alcohol at the time, and that Sheehan was acting since he was a danger to other drivers and himself, but the court ruled that excessive force was used in these circumstances. The court also rejected the self-defense argument.

The court handed down a 22-month sentence, suspended for three years for recklessness and the intention to grievously injure the victim. He was bound under a €1000 personal guarantee for one year not to molest the victim, and was also ordered to pay €7,543 by way of court expert expenses.