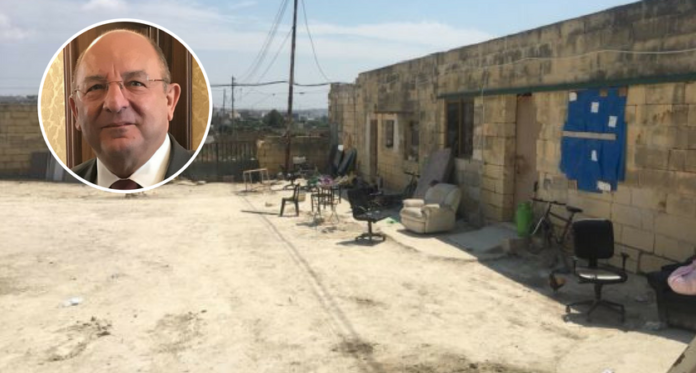 The Ministry responsible for Home Affairs and National Security has reiterated that it was not responsible when over 100 people were evicted from a cow farm which was being rented out as accommodation illegally, not even from a migration aspect.

Newsbook.com.mt spoke to Minister Michael Farrugia about the case and asked him whether his Ministry got involved from the migration aspect given that the individuals residing on the farm were migrants coming from Italy. The Minister however claimed that the action was carried out by the Planning Authority and the Police assisted the Authority in its work. Neither during nor after the eviction operation took place was his Ministry involved.

Newsbook.com.mt emphasised that as confirmed by the Authority itself, the Authority was aware of people living on the farm. Newsbook.com.mt pointed out that the case “was not simply a planning issue” given that people were living on the farm. However, Minister Farrugia rebutted saying that this was a case where action was taken because planning regulations were contravened, and that the Police were on site to assist as they would normally do in such circumstances.

As an analogy, the Minister said that the Authority would have acted the same had the case been of a garage being used as a store.

When asked whether those present had the required papers to be in Malta, Farrugia replied that the Immigration Police officers that were on site found that every person had the necessary permits to be here.

Newsbook.com.mt also asked whether any action will be taken against the landlord of the said farm with the Minister replying that this would depend on the Planning Authority if it chooses to take legal action against the landlord. In this case, Farrugia said, the Police would assist as necessary.

Sources that have spoken to Newsbook.com.mt about the case said that for a person to be eligible for social housing, it would be necessary for him or her to reside in Malta for a period of five years. The sources said that this was not the case for the evicted people and therefore they would not classify as such.

The same sources clarified that Malta does not have regulations regarding a minimum of square metres for a residence to be rented out. They also explained that the action was taken in the context of planning and whether sanity regulations may have been breached; however, this would not mean that the Planning Authority would be taking any further action against the landlord, a decision which lies in the hands of the same Authority.