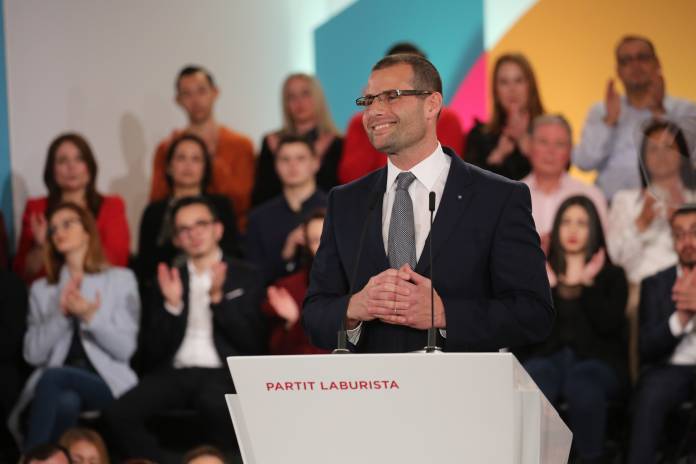 Everyone should be at liberty to be who they want to be, Partit Laburista leader Robert Abela said on Sunday.

Abela spoke about the party’s achievements over the past years and the party’s history during Extraordinary General Conference on Sunday.

He explained that over the past 100 years, the party was active in writing the country’s history. Partit Laburista was strengthening itself to help the vulnerable, Abela said. He added that the Labour-led government will continue to generate jobs. The Labour leader explained that one needs to take into account their departure point when thinking about the destination.

Abela told party supporters that a political force embracing justice and social mobility was born over the years. Among, Partit Laburista’s achievements, Abela mentioned the introduction of pensions, minimum wage and children’s allowance.

The Labour leader said that those who do not work make no mistakes. He explained that some criticism at the party was welcomed, adding that if “certain lines are crossed everyone knows what the consequences will be”. He described his leadership as a “good one” which will ensure that “what had happened will not repeat itself”. The newly appointed Prime Minister said that good governance will remain a priority for this government.

Abela also thanked disgraced former Prime Minister Joseph Muscat who stepped down only last month, after he had announced his resignation amid the political crisis over the murder of journalist Daphne Caruana Galizia. Some progress in the murder investigation sparked the resignation of Muscat’s right-hand man, then OPM Chief of Staff Keith Schembri whose name cropped up in secret recordings of conversation between Melvin Theuma and murder suspect Yorgen Fenech and disgraced minister Konrad Mizzi.

The Labour leader also spoke about the party’s rival, Partit Nazzjonalista. He stressed on the need of a strong Opposition. According to Abela, he was not happy that the rival party was in such turmoil.

Jesmond Saliba   March 30, 2020
In chaos and without central authority since the 2011, Libya is poorly placed to withstand any epidemic.