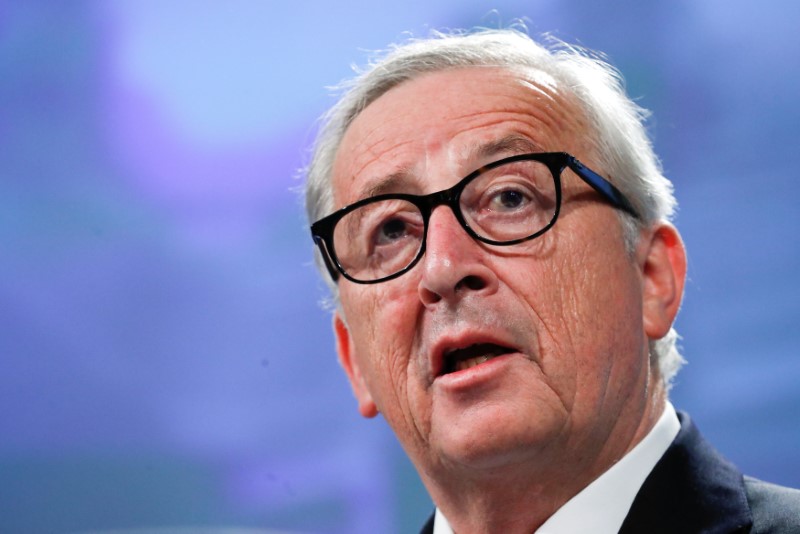 European Commission President Jean-Claude Juncker asked for “respect” after a journalist asked him on Wednesday if he was drunk when he staggered and needed help walking at a NATO summit last week.

The EU chief executive told a news conference on an EU project financing plan that he had, as his aides have previously said, been suffering an attack of longstanding sciatica along with cramp in the legs last Wednesday.

Video of Juncker, who next week travels to Washington for crunch talks on trade with U.S. President Donald Trump, being helped by other leaders at the NATO meeting had prompted calls from eurosceptic politicians for his resignation.

The 63-year-old former Luxembourg prime minister has spoken before of suffering back and leg pain and he rejected suggestions that his problem last week had anything to do with alcohol.

“That was correct last Wednesday and that is correct this morning and will be correct tonight and tomorrow morning,” he told reporters.

“I’m really struck by the interest some are taking about these not even marginal issues and I’m asking for respect.”

Following the NATO summit Juncker participated in a series of meetings and foreign trips this week to China and Japan.

Juncker has repeatedly dismissed allegations he has an alcohol problem — an allegation raised notably by British media when London was trying to block his appointment four years ago.