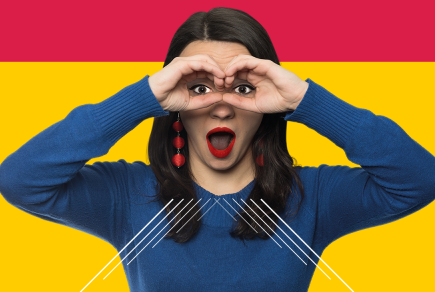 The ninth edition of European Youth Week is taking place across Europe from the 29th April until the 5th May. This year’s theme is ‘Democracy and me’.

Alongside activities taking place all week in all participating countries, on the 29th and 30th April flagship events in Brussels will bring together hundreds of young people to make their voices heard.

With a view to the upcoming European Parliament elections from the 23th to 26th May, debates during this year’s European Youth Week will focus on how young people can be active in their communities and influence democratic decisions. 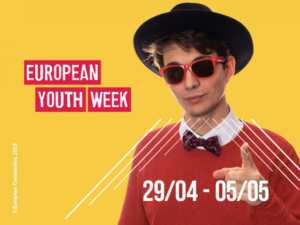 On the 30th April, Commissioner for Education, Culture, Youth and Sport, Tibor Navracsics, will host a Citizens’ Dialogue with young people, as well as a flagship debate in the European Parliament in Brussels, gathering more than 800 youth who will discuss democratic participation as well as the impact of the European Solidarity Corps on young people, NGOs and local communities.

Ahead of the European Youth Week, Commissioner Navracsics said: “I applaud this generation of young Europeans who are active, committed and ready to support others. Almost 125,000 young people have now registered for the European Solidarity Corps, clearly indicating young people’s will to engage in society. Our latest Eurobarometer survey on youth reveals that three out of four young people say they have been active in some form of civic activity, be it voting, joining a movement, signing a petition online or volunteering. I am proud and encourage young people to mobilise their peers to vote in the upcoming European Parliament elections so they have a voice in shaping their future.”

The results of a Eurobarometer survey released today show that for more than two-thirds of young people (67%), priority number one for EU action over the next ten years should be protecting the environment and fighting climate change. The second and third priorities they identified are improving education and training, including free movement of students, apprentices or pupils (56%) and fighting poverty, economic and social inequalities (56%). In addition, 72% of young people interviewed say that, from the moment they were allowed to participate in elections until today, they voted in local, national, or European elections. The survey addressed around 11,000 young people aged between 15 and 30 years old in March 2019. Participants will have the opportunity to discuss these and other topics at European Youth Week events.

Moreover, on the 29th April, Commissioner Navracsics will present the results of the 2018 Altiero Spinelli Awards for Outreach. This edition of the Altiero Spinelli Prize had a particular focus on young people and will reward projects that enhance their critical awareness of the European Union and their motivation to participate in the democratic processes that will shape its future. This edition attracted 79 applications and the five winning projects will be awarded at an event in Brussels.

This content was supplied by Corporate Identities / EU and Me. The European Elections will take place between Thursday 23rd May and Sunday 26th May 2019