European Democrat Students while expressing concern at the recent political developments in Malta, said that it gives its full support to the on-going protests. The EDS endorsed the statement issued by the EPP who recently noted, “It is outrageous that we have a sitting Prime Minister in an EU member state refusing to immediately resign following the implication of his chief of staff with the assassination of Daphne Caruana Galizia”. The Maltese SDM are memberS OF EDS

Outrageous that PM will not step down – EPP 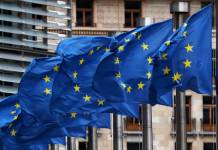 The EDS said that it had developed and submitted a resolution in April 2018 in support of The Daphne Project – an initiative which unites the brave work of a group of journalists uncovering Daphne’s work before she was killed. It expressed its full support with the ongoing protests and the Caruana Galizia family who are demanding the immediate resignation of Prime Minister Joseph Muscat. Justice, said the European Students, must be served, freedom of speech must prevail, and those responsible must face the consequences of their horrendous actions.