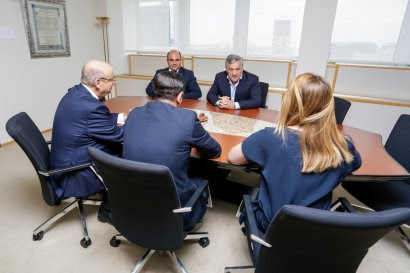 At a meeting with the Maltese Nationalist Party MEPs, President of the European Parliament Antonio Tajani enquired about the progress made in the investigation of the Daphne Caruana Galizia’s murder.

Tajani pledged to MEPs David Casa, Roberta Metsola Francis Zammit Dimech that the European Parliament will continue to pressure the Maltese authorities to resolve this case, and to bring justice and closure to the journalist.

Moreover, he said that together with the European Commission, the European Parliament is working to introduce stringent measures on the protection of journalists.

Immigration was another topic discussed at this meeting, and Tajani stressed that the European Parliament supports Malta in this fight and in the challenges it is yet to face.

Tajani stressed that no country should carry this burden alone.

He explained that the European Parliament is working on a long-term solution to this issue, involving investment in Africa, and stability in Libya, after he visited the country this week to discuss testing the ground there.

He also mentioned the possibility of agreements with countries like Nigeria, which Tajani will visit next week to promote concrete dialogue.

The EU budget for Malta

MEPs discussed the budget of €1,128 billion for the Malta, with negotiations ending in 2020.

Since Malta is in its last year of her 7-year agreement, MEPs are concerned about how this will affect to Malta, since her cohesion funds will now be reduced, which are an important factor in the economy Maltese.