The European Commission has approved Malta’s financial budget for 2021, the government announced in a statement on Wednesday, saying that Brussels confirmed that the budget it proposed is in conformity with the European Council recommendations.

Citing experts of the commission, the government said that in their technical report, the experts said: “most of the measures set out in the Draft Budgetary Plan of Malta are supporting economic activity against the background of considerable uncertainty”. 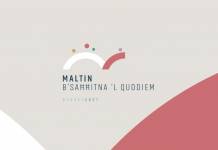 The commission’s economists calculated that direct aid by the government amounts to 5.8%, along with 1.5% of the GDP being received for tax deferrals, and 2.8% in subsidised debt.

The experts also stated that “the retained and new measures amount to some 2.2% of GDP and are concentrated on the expenditure side”.

Experts also took note of the wage supplement aimed at retaining jobs, the voucher scheme and the decrease in stamp duty, along with the improvement of family and pension benefits as well as a heavy investment in infrastructure.

The government said that the government’s efforts in line with the European Green Deal were also noted.

According to the government, previous PN-led administrations had their projections discredited by the commission and Malta was placed under excessive deficit procedures three times.

The government said that “the evolution of the deficit in 2021 could turn out more favourable as a result of higher economic growth from the implementation of measures financed by the Recovery and Resilience Facility” quoting the commission’s report.

The financial budget was unveiled in mid-October.