The EU Bishops are appealing to the European Union member states to not use the Covid-19 pandemic as an excuse to leave migrants to die in the Mediterranean. They supported the Maltese Bishops’ request to the Vatican to intercede in this crisis.

According to Vatican News, the Commission of the Bishops’ Conferences of the European Union (COMECE) appealed to the member states to show solidarity, with regards to the migrant cases dominating the news these past few weeks as they were not disembarked in the nearest European port.

COMECE issued a press release, saying that it shares the Maltese Bishops’ concern on the 47 persons that were left at sea in the Maltese Search and Rescue Zone. They were then taken to Libya.

Fr Manuel Barrios Prieta, the Secretary General of COMECE, said that Libya’s ports cannot be considered as safe harbours. The Bishops believe that the European Union should support its member states so that they may save endangered lives at sea.

Maritime law states that people saved from sea can only be taken to a safe port.

Fr Barrios Prieto said that migrants are often subject to torture, violence and inhumane treatment when they are taken back to the country they’d fled from. The Commission reiterated Pope Francis’ words, that this is not just a question of migrants, but a question of seeing that no one is excluded. 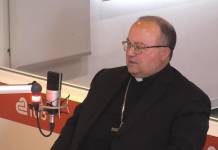 Today’s vlog by the Archbishop
Watch: Archbishop’s words on courage and generosity during COVID-19 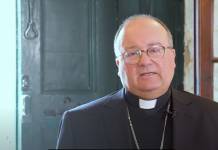