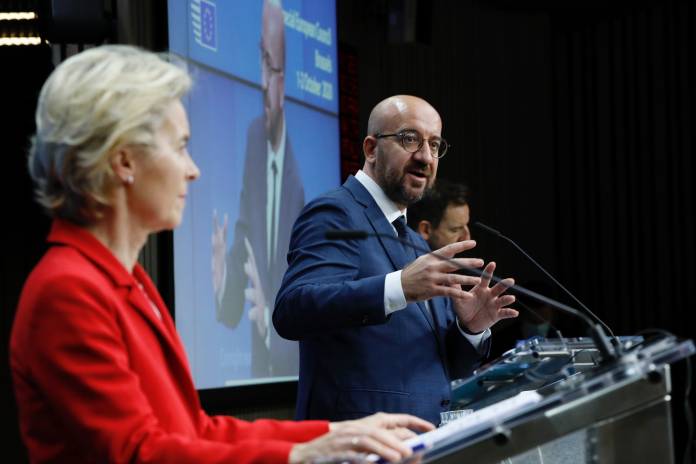 The leaders of the EU27 broke a diplomatic impasse in the early hours of Friday and imposed sanctions on Belarus. The decision took place after hours of summit talks and only after assuring Cyprus that the EU would also punish Turkey if it continues oil and gas drilling in the disputed areas.

The deal on sanctions against about 40 officials accused of rigging August’s presidential election in Belarus means the EU can make good on a promise to support pro-democracy protesters in Minsk.

The issue could have led to an attack on the EU’s credibility. While Britain and Canada have imposed sanctions on Minsk to show support for pro-democracy demonstrations there, the impasse in the EU, where decisions are taken by unanimity, has dented the credibility of the bloc’s foreign policy.

Cyprus, one of the EU’s smallest countries, had blocked the action against Belarus for a month, insisting that sanctions also be imposed on its neighbour Turkey for oil and gas exploration along its coast.

It was only in the early hours of Friday, that EU leaders reached a deal over how to tackle Turkey. The agreement will see the EU warn Ankara of sanctions if it fails to resolve longstanding disputes with Greece and Cyprus.

But the leaders also dangled some tantalizing plums should Turkey cool the tensions with its EU neighbors, including enhanced trade ties under a modernised customs union, and further cooperation on migration and refugee issues.