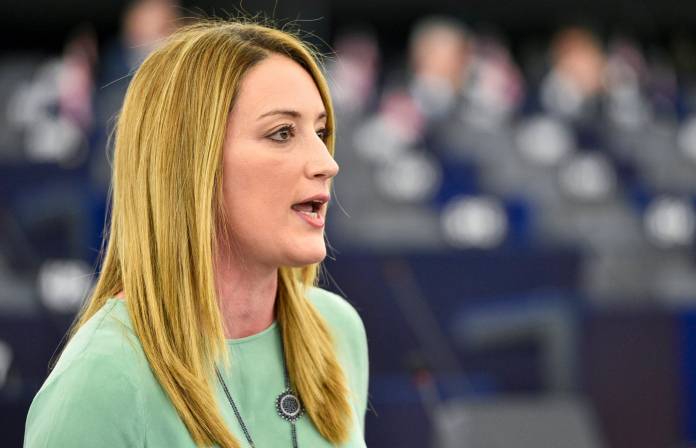 ‘Each country that joined the European Union agreed on a set of values upon signing the European agreement. Some governments are forgetting these values that their people voted for when joining the EU,’ said First Vice-President of the European Parliament, Roberta Metsola.

The Maltese MEP and First Vice President, who addressed a press conference prior to the European Parliament’s November plenary session, waded into the controversy brewing between the European Union and Poland amongst other issues.

Roberta Metsola was addressing a press conference prior to the European Parliament’s November plenary session.

‘For countries to join the European Union a certain standard of rule of law was required. We have countries that are drifting away and are forgetting their obligations towards their people and the EU,’ said Metsola.

Poland, Hungary and Bulgaria have been criticized on various fronts on them disregarding rule of law. Actions by Polish and Bulgarian governments have sparked protests in the respective cities in the past weeks.

Solidarity and European values need to be safeguarded and the European Parliament and Commission have already shown their commitment, affirmed Metsola.

During the press conference, which was also addressed by Irish MEP Berry Andrews, Brexit situation was addressed. ‘This uncertainty and feeling of unwillingness from the UK side to reach a deal worries us a lot. Let’s vote on it and let’s move on’ declared Roberta Metsola on Brexit.

First European Parliament Roberta Metsola praised the work of her predecessor Mairead McGuinness and wished her all success in her new role.

Watch: No presence of new variant of Covid-19 in Malta – Fearne

Watch: The Church launches “Beyond GDP”