The European Agency for Fundamental Rights (FRA) suggested that poor conditions were to blame for the riots which took place in Malta’s detention centres last year, expressing concern over a situation exacerbated by the growing number of detainees.

The EU agency has been collecting data on migration in Europe since 2015, and this week, it published a report covering the last three months of 2019.

It noted that during this period, the number of asylum seekers held in detention rose to 1,400, including some who have been detained for 100 days. The practice has been challenged in court, with the Court of Magistrates deeming unlawful the 10-week detention of six asylum applicants on the grounds that they were suspected carriers of contagious diseases.

“Material conditions in open reception centres and in the Safi Barracks detention facility remained substandard, leading to several riots during the reporting period. Serious concerns include overcrowding, very poor hygienic conditions and the lack of mental health care, the Office of the Commissioner for Children, several NGOs and various media sources reported,” the agency said.

It also condemned the exclusion of subsidiary protection status holders from family reunification, as well as the excessive length such procedures required.

A similar situation was witnessed at the Ħal Far open centre, as increased arrivals led to overcrowding which culminated in a riot in October, leading to the temporary suspension of food distribution and the arrest of 107 people, including unaccompanied children.

The agency also noted that according to the Malta branch of the International Organisation for Migration, “a key concern is the insufficient capacity of the Immigration Police and the Armed Forces to identify vulnerable persons, such as victims of human trafficking, among newly arrived migrants and refugees.”

The FRA flagged another concern due to the riots: the increase of hate speech against migrants on social media, though it noted that the government inaugurated a new unit to combat hate crimes and hate speech.

Malta was far from the only country whose migrant reception conditions were roundly criticised, however. In Greece, which followed a policy of restricting migrant camps to “hotspots” on various islands, a baby died from dehydration in the overcrowded Moria refugee camp, on the island of Lesbos.

Lack of facilities for children

The FRA quoted the Commissioner for Children when it remarked that children placed at the initial reception centre lacked adequate facilities for play and leisure. Additionally, insufficient privacy was a cause for concern in several open centres.

The FRA noted that a number of challenges remained for people seeking asylum in Malta, with IOM Malta and the African Media Association Malta highlighting the lack of information in languages that asylum applicants can understand. Additionally, NGO Kopin observed that access to provide legal aid in reception and detention centres was restricted.

The report did highlight a “bright spot” when it came to Malta: the setting up of a Therapeutic Services Unit within the Agency for the Welfare of Asylum Seekers, with the aim of providing better services and support for vulnerable persons.

The full report can be read here.

Last September, following a protest which took place at the Safi Barracks, the government said that while most detainees followed the instructions given by law enforcement, but some instances of violence were nonetheless recorded. 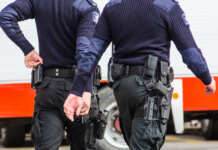 The following month, the Home Affairs Ministry had announced that 60 people were arrested after 300 residents at the Ħal Far open centre took part in riots, in which a police officer was slightly injured and three cars were set aflame. 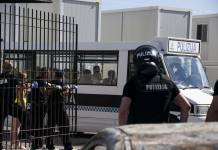 Sources who spoke to Newsbook.com.mt had said that three of the centre’s residents had been denied entry by security as they were drinking alcohol. 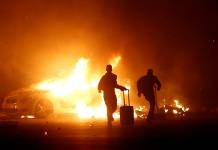 A book gift for all children

Charmaine Attard   April 1, 2020
Author and illustrator Ġorġ Mallia has just published a book of fantasy for children with the present situation in our country as its context.