The European Parliament (EP) is working to improve EU democracy ahead of 2024 elections. Amongst other things, potential reforms include lowering the minimum voting age to 16.

The EP hopes to do this by enabling full participation in the European political space. The resolution proposed is one that draws conclusions from the May 2019 European elections, adopted with 468 votes to, 194 against, and 34 abstentions.

MEPs stated that there are a number of potential reforms to be considered ahead of the 2024 elections:

MEPs said that the upcoming Conference on the Future of Europe could examine these topics and others.

Members of the EP (MEPs) criticised the persistent disparities among member states with regard to voters. Minorities (Roma people in particular) are underrepresented, citizens with disabilities are excluded due to a lack of accessible voting centres (an estimated 800,000 in 2019), and those who are homeless and prisoners face obstacles in exercising their right to vote. MEPs said that these could be addressed through “zipped” lists or similar methods.

Furthermore, interference by foreign and internal actors is also a matter of concern. MEPs ask for a ban on campaign funding from foreign bodies, scrutiny of social media platforms’ algorithms, as well as education and awareness-raising efforts. 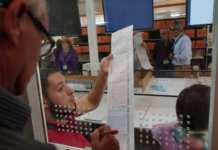 Parliament also insisted that all voters should be allowed to vote for their preferred candidate for Commission President, pointing out that currently nothing prevents European parties and movements from putting forward a joint programme and a single coalition lead candidate.