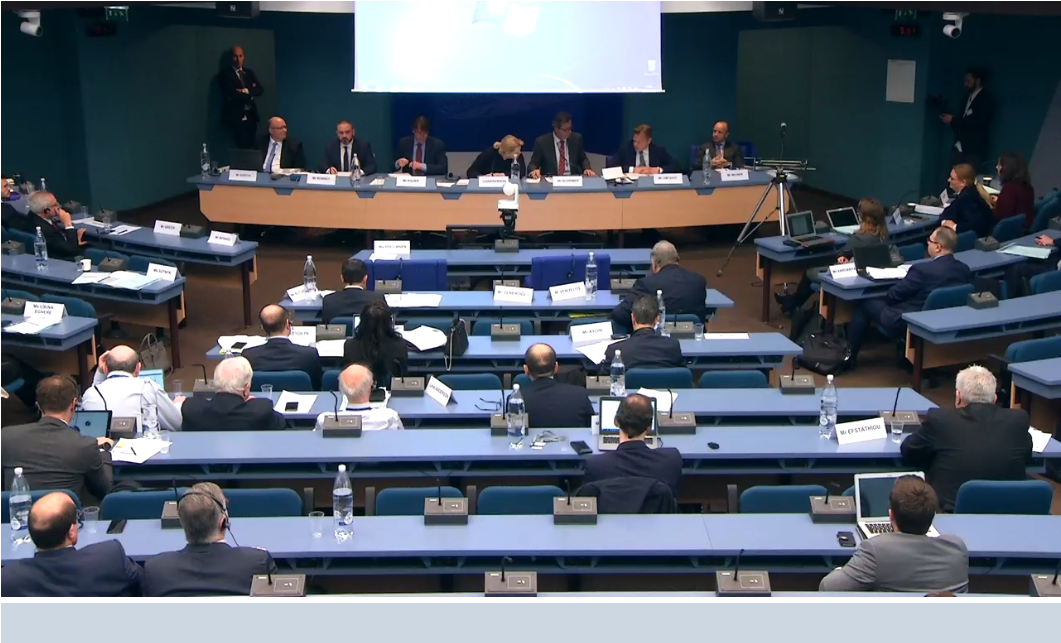 Pieter Omtzigt, rapporteur appointed by the Parliamentary Assembly of the Council of Europe (PACE), is heading the second hearing on the report titled “Daphne Caruana Galizia’s assassination and the rule of law, in Malta and beyond: ensuring that the whole truth emerges”.

He was appointed to prepare the report after a motion was passed, signed by 114 members of the Assembly. 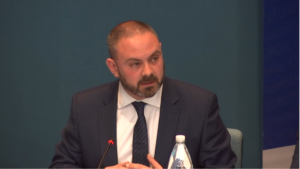 09:25 Minister for Justice Owen Bonnici listed the improvements which he said government has made in the past years to improve the rule of law. He mentioned the removal of criminal libel and anti-SLAPP laws. He said that Malta joined the EPPO as well as other initiatives.

09:30 Referring to the murder of journalist Caruana Galizia, whom the Minister described as ‘brutal’, Bonnici said that the relevant authorities not only had been given the required tools but, in a few days had arraigned three persons and had worked with Finnish and Dutch Authority. Regarding the Venice Commission, Bonnici said that the recommendations on the Attorney General and on the Judiciary are being considered as these require constitutional amendments. He said that that the changes are aimed for the end of the current year. 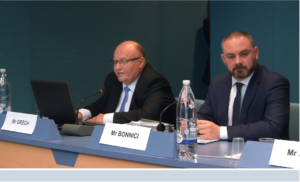 09:40 Attorney Peter Grech outlined his work as the government’s lawyer and his position in magisterial inquiries. Grech said that although three persons have been arraigned, the possibility of further arraignments is not excluded. he referred to the wish of the family as he had been officially notified, that the family will press for a public inquiry. He said that the necessity of this is debatable but cannot be excluded. He said that what is necessary at this point is to assess if a public inquiry will help or hinder the ongoing investigations. 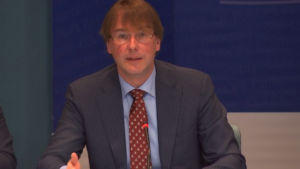 09:50 Martin Kuijer member for the Netherlands, European Commission for Democracy through Law, Council of Europe said that the report found that power in Malta is vested in the Prime Minister, that MPs are part-time and that they should have information which is non-partisan. He said that the President should be distanced from the government and that the judiciary should be reformed and overhauled. Appointment by merit and upgraded judicial discipline should be introduced, said Kuijer. He said that the report recommended the setting up of a public prosecutor with security of tenure and the Attorney General will remain as the lawyer of the government.

09:55 Pieter Omtzigt asked Dr Grech if it requested help from UAE and other jurisdictions in the Daphne Investigation. Dr Grech said that it would not be appropriate for him to answer that question in the light of the investigations. 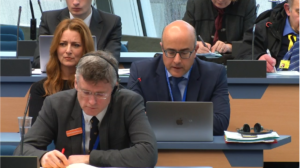 10:05 Opposition MP Jason Azzopardi listed a number of issues which he said tainted government with corruption in relation to impunity enjoyed by persons impugned by the Panama Papers such as Minister Konrad Mizzi and accountant Brian Tonna. Azzopardi asked how the minister could be considered credible when he had called Daphne Caruana Galizia a hate blogger. Dr Stefan Zrinzo Azzopardi asked if the government was working to introduce the reforms requested by the Venice Commission. Finally Pieter Omtzigt asked why it took Malta 3 months to clean the Great Siege Monument which he described as an important public memorial to a murdered journalist. He remarked that the cleaning of the Arc de Triomphe took only 11 days.

10:10 Minister Bonnici, replying to Jason Azzopardi said that while he disagreed with Daphne’s style of writing but he still condemned the murder. He defended Brian Tonna as he had been consultant for culture. He added that magisterial inquiries are being conducted on the Panama Papers and the courts have so far, decided for government and the Prime Minister. In reply to a question on Daphne Garuana Galizia’s laptop, Bonnici said that he had no idea how this could end up in Germany. Minister Bonnici concluded that Malta is not about restoration of monuments taking long. ‘Malta is so much more than this’ concluded Bonnici.

10:15 Pieter Omtzigt said that the Commission against Corruption has existed for the past 30 years and the very serious issues of the Panama Papers are being sidelined as ‘not evidence’. Minister Bonnici took exception to these concluding demands and replied that the Panama Papers had been under magisterial inquiry which found that papers in the Egrant investigation had been falsified.