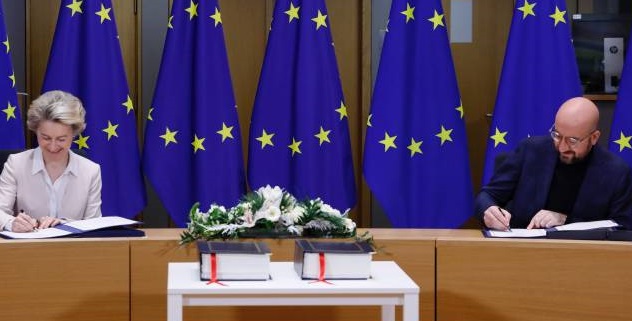 The Presidents of the European Commission and European Council have signed the UK-EU post-Brexit trade agreement. The documents will be flown to the UK for Prime Minister Boris Johnson to sign later today.

Later on today, Boris Johnson is expected to describe the Brexit trade deal agreed on Christmas Eve represents “not a rupture but a resolution” of relations between the UK and Europe, as he will urge MPs to back the legislation that will put it into law.

The government intends to pass the EU Future Relationship Bill through parliament at break-neck speed on Wednesday, completing all stages of the process in both the House of Commons and House of Lords in a single day.