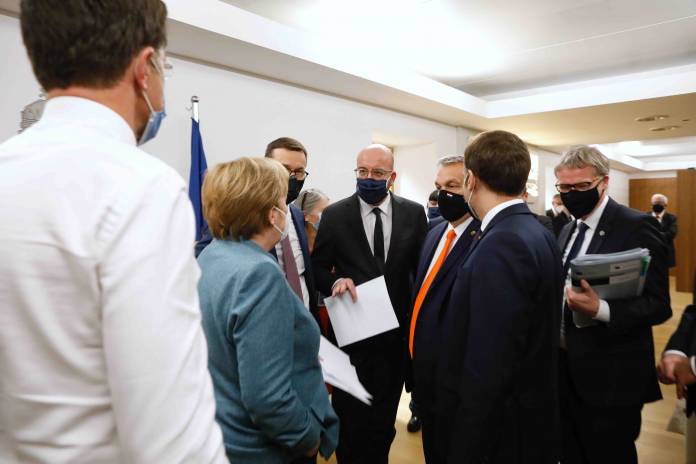 European Union leaders unblocked on Thursday a 1.8 trillion euro financial package to help the economy recover from the pandemic-induced recession after reaching a compromise with Poland and Hungary, the chairman of EU leaders Charles Michel said.

The agreement on the 1.1 trillion euro Multiannual Financial Framework (MFF) and the historic 750 billion euro recovery fund also paves the way for the 27-nation bloc to agree on more ambitious reductions of greenhouse gas emissions – by 55% by 2030 against 1990 levels, rather than by 40% as agreed now.

Meanwhile the EU leaders agreed to prepare limited sanctions on Turkish individuals over an energy exploration dispute with Greece and Cyprus, postponing any harsher steps until March as countries sparred over how to handle Ankara.

Shying away from a threat made in October to consider wider economic measures, EU leaders agreed a summit statement that paves the way to punish individuals accused of planning or taking part in what the bloc says is unauthorised drilling off Cyprus.