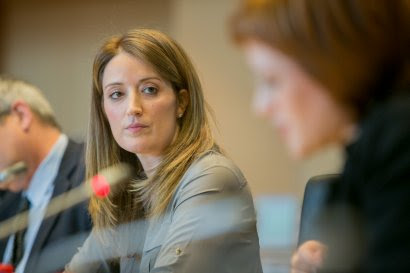 Member of the European Parliament for Malta and Gozo Roberta Metsola, has welcomed new European Union funds to support investigative journalism following the assassinations of journalist Daphne Caruana Galizia in Malta and Ján Kuciak in Slovakia.

According to the EPP Group in the European Parliament, MEPs in the Committee of Civil Liberties, Justice and Home Affairs decided to allocate European funding specifically to support investigative journalism in the European Union.

Metsola said “Journalists are the gatekeepers of any democratic society and they are under pressure. The European Parliament recognises that quality investigative journalism requires proper tools and resources in order to expose wrongdoing throughout the Union. This is why both news rooms and freelance journalists would be able to apply for a grant from this permanent fund.”

The project has two main objectives: financially supporting investigative journalism and the direct support and protection of exposed journalists. Through direct collaboration with European, regional and local stakeholders, this mechanism will provide direct support such as advice, legal aid and shelter to journalists under threat.

The funds will now have to be confirmed by a vote from all MEPs in the coming weeks.