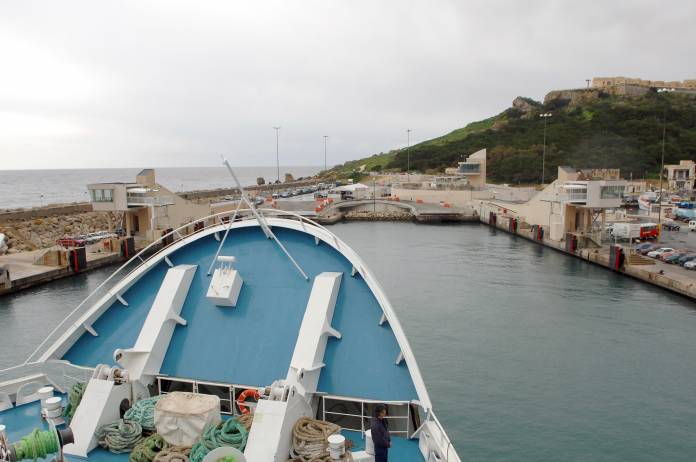 Since Malta joined the EU in 2004, Gozitans and millions of other visitors, both Maltese and tourists, have experienced an upgrade in the facilities of the journey to cross the five-kilometre sea stretch separating the two islands.

The contribution of millions of EU Cohesion funds pumped directly in a better transport infrastructure had left its mark and made a difference.

The aim of the EU’s Cohesion Policy – which strives to harmonise economic and social development among the EU’s member state – can be visibly seen when one approaches Ċirkewwa.

The same can be seen on the other side of the crossing – Gozo’s Mġarr Harbour.

The upgrade of the Malta-Gozo transport infrastructure was deemed as a priority for the use of millions of EU Cohesion Funds acquired through EU membership.

As a result of the project financed by the EU, those crossing between the two islands can now experience modern infrastructure, with new terminals, better organisation and a complete separation between passenger and vehicle traffic.

A total of €9 million from the EU’s Regional Development Fund (ERDF), or 85 per cent of the total cost, was made available for Malta to build for the first time a modern ferry terminal in Ċirkewwa.

Since the vessels used by Gozo Channel – the service provider – were purpose-built vessels to serve on this route, the terminal had to be constructed in a special manner to fit these special vessels.

The dilapidated quays where rebuilt, including the addition of a new building complete with modern lounges where passengers can relax and wait for the crossing.

The old quays, berthing the ships, were constructed from scratch, while a new berth was added so that the terminal could take more than one ship at the same time.

This additional infrastructure reduced the waiting time for passengers significantly, as the turnaround between trips has been substantially reduced. Long queues of cars waiting to get on the ship have been substantially reduced as the new terminal has made it much easier for Gozo Channel to manoeuvre its vessels when a shuttle service is required due to high demand.

Apart from the terminal itself, which include modern recreational facilities such as bars, restaurants and a number of shops, a new marshalling and parking system was introduced for cars while a new public transport terminal made it easier for a better and more efficient service to commuters arriving on foot.

Since the project’s inauguration, in 2012, Gozo Channel had to upgrade its own service, to become in tune with the modern facilities, and the number of passenger crossings has registered impressive increases.

This investment has left its mark on Gozo’s economy.

Tens of new private investments, particularly in the tourism sector, including accommodation, catering and attractions, has made the island much more attractive, with Gozo becoming a short-break holiday destination for many thousands of Maltese and foreigners alike every year.