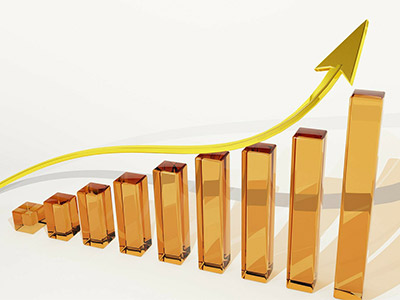 Bring up the rear is Italy with a predicted growth of a mere 0.4%. This is way below the EU average of 1.4% and the EU is aiming to keep that figure on a steady course up to 2027.

The EC expects Malta’s GDP growth to amount to 4.2 per cent in 2020 and 3.8 per cent in 2021. Growth is expected to be fuelled by private consumption, which is forecasted to remain above its historical average due to favourable labour market conditions, and large-scale projects planned in the aviation, health and tourism sectors. Public investment is also expected to remain above long-term averages.

How is the EU doing?

The EU commission said that the economy is in its seventh consecutive year of growth. This upward trend is expected to continue till-at least next year and possibly the one following. Job markets are strong and unemployment is decreasing. The EU said that the commercial tensions with the US and China, as well as the high level of political uncertainty in the commercial sector, had a negative impact on investment, manufacture and international trade.

The Ministry for Finance welcomed the 2019 Autumn Economic Forecast published by the European Commission (EC) which expects the Maltese economy to record the highest GDP growth rates in the EU for both 2020 and 2021.

The government said that the Autumn Economic Forecast notes that the fast pace of economic growth in Malta has been coupled with strong employment growth and a record-low unemployment rate. Nevertheless, inflation is expected to remain below the 2 per cent threshold for both 2020 and 2021.

The government said that it is expected to continue to register a surplus in the coming years while the debt ratio is expected to remain on a downward path, declining to below 40 per cent by the end of 2021.

On the external side, said the government statement, Malta is expected to record current account surpluses for both 2020 and 2021, despite a weaker external environment.

“This is the third consecutive time in which Malta is forecasted to record the highest economic growth rates from all the EU 28 member states, for both the one-year and two-year ahead EC Autumn forecasts. The implication for jobs and government revenues is clearly positive thus giving the government the ability to implement its electoral programme as intended”, commented Minister for Finance Edward Scicluna.