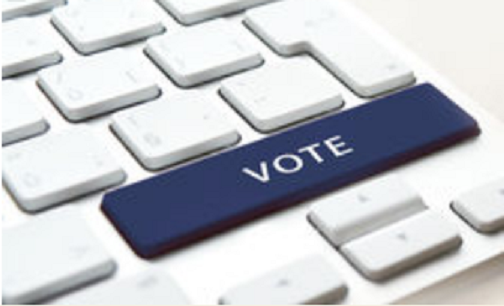 This election weekend where, besides Malta, countries are exercising their democratic right to elect their MEPs. Some, like the UK have already voted while others like Malta, are voting today. The main issues in this election for the majority of the EU member states remains Immigration. Fourty per cent of resppondents in the April 2019 Eurobarometer cited this as a major concern. Even so, this is roughly 20% less than the tally in 2015 when immigration concerns had peaked at 60%.

What changes can we possibly see?

The European parliament is dominated by 2 big centrist groups: The more concervative EPP and the more Socialist ESP. While Eurosceptics in the EP are still strong, Bbrexit seems to have put paid to any notions of a mass exodus. Indeed the débâcle which has led to the resignation of UK’s PM Theresa May was a sufficient ice bucket challenge for any exiteers. Two elements may chip away at the centrist block: environmentalist groups and populist groups.

The ‘Greta Thunberg effect’ has been gathering momentum and her Fridays for Future youth movment has galvanised considerable action among voters who are determined to push for climate change. Pro-EU parties are riding this wave and pushing for positive action in this issue.

Another interesting development is Italy’s Salvini’s rallying call to the populist rightist parties. Salvini is trying to create a powerful bloc. If he succeeds, that that is a big if, considering that the far-right has never been able to find common ground, he would be a force to be reckoned with.

And the country issues?

The big question in Austria is, the impact the so-called Ibiza scandal could have on the far-right Freedom Party (FPO). Its leader, Heinz-Christian Strache, resigned as Austria’s vice chancellor earlier this month after a secret video appeared to show him trying to trade public contracts for party donations from a woman he thought was the niece of a Russian oligarch. FPO came third in 2014’s EU elections with 19% of the vote; latest projections suggest it will pick up around 18% this time, but that figure is down from 24.5% before the scandal broke.

Belgium is holding three elections on Sunday: federal, regional and European. Opinion leaders are asking if the greens will capitalise on a strong showing in local elections to improve on their 6.6% vote share in 2014? Like many other European countries, Belgium also has a far-right party, Vlaams Belang, which is forecast to get up to 14.8% of the vote in Flanders. Nationally, the party got 4.2% five years ago.

There are fears that the dramatic campaign for Denmark’s general election set for June 5 will overshadow the European Parliament poll and hit turnout. Some are saying Danes are more concerned with the domestic vote, which is predicted to see Stram Kurs, a far-right party advocating the forced deportation of up to 700,000 Muslims, gain seats in parliament. The voting turnout of the Danes always hovers around the mid-50% mark

The key question in Estonia is whether anti-EU far-right party EKRE will perform as well in these European elections as it did in March’s national poll. That election saw EKRE come third, winning it a place in the ruling coalition. The party won 4% of the vote in 2014’s European poll; this time around it is forecast to get as much as 17%.

In France, all eyes will be on whether the party of pro-European president Emmanuel Macron — under pressure domestically from the anti-government “gilets jaunes” protesters — will be beaten into second place by Marine Le Pen who lost out to Macron in France’s presidential election.  Her National Rally movement is forecast to get the biggest vote share in Sunday’s election. Her previous party, Front National, won the 2014 vote with a 24% share. Macron’s La Republique En Marche! movement did not exist then.

In Germany, there has been a surge in support for the German Green Party in federal polls and some are even daring to dream the movement could spawn its first chancellor. In forecasts for the European Parliament elections, it has been polling in second at around 18%, which is an improvement on its 10.70% vote share in 2014. It is worth keeping an eye on the anti-migrant and anti-euro Alternative for Germany (AfD), who won seven seats five years ago and entered the national parliament for the first time in 2017.

Ireland went to the ballot box on Friday and the greens enjoyed a good showing, particularly in the capital Dublin, according to exit polls. After two days of voting in Ireland, exit polls showed the centre-right ruling party Fine Gael (which will join the European People’s Party) coming out on top for the European elections, according to Europe Elects based on national Irish exit polls.

In 2014, the liberal Fianna Fáil party (which would join ALDE at the EU level) had 425 more votes than in 2014. This year Fine Gael will take the plurality, according to EU Elects. The Green Party also had a strong showing, overtaking the Labour party to become the fourth largest party in Ireland.

In Italy, the future of the Italian government is strictly connected to the outcome of the European Parliament elections. The two ruling parties, The League and the Five Star Movement, have spent the last couple of weeks fighting about every topic on the political agenda. Polls predict Salvini’s party will come out stronger than ever. His party, then the Northern League, won 6% of the vote in 2014. Latest projections suggest the League will get more than 30% this time around. If this happens, Salvini could be in a position to govern (rule?) without a major partner to hold him in check.

Poland’s EU elections kick-off a series of polls in the country: a parliamentary one follows in the autumn before a presidential vote next year. Some say polls point to this being the beginning of the end for the ruling Eurosceptic Law and Justice Party (PiS). With the country at odds with Brussels over the independence of its judiciary, it will be interesting to see if PiS can improve on its 31.78% vote share in 2014. All eyes will also be on Poland’s first openly gay politician Robert Biedroń and the performance of his newly-formed pro-EU party, Wiosna (Spring).

Portugal is one of the few EU countries without a strongly-performing far-right populist party, especially with the emergence of Vox in neighbouring Spain. This election has seen the emergence of Andre Ventura’s radical-right Basta! (Enough!) movement, which opposes the EU. Campaigning has focussed on the opposition attacking Portugal’s ruling socialists on domestic issues, with an eye on a forthcoming national poll. It will, therefore, be interesting to see whether the pro-EU socialists are able to better their performance from 2014 when they got 34% of the vote.

One of the most interesting things to watch in Slovakia is turnout: just 13.05% voted in 2014, the lowest figure in the EU. Look too at the performance of Progressive Slovakia, the party of newly-elected pro-EU president Zuzana Caputova, and compare it with the anti-Brussels, far-right movement of People’s Party – Our Slovakia. Meanwhile, while the ruling social democrats (SMER-SD) are predicted to win, their vote share could fall — from 24% in 2014 — after anti-government protests over the last year.

Turning to the United Kingdom, will voters punish the traditional two main parties — Labour and Conservative — for failing to deliver Brexit by switching to the new political movement fronted by anti-EU MEP Nigel Farage? And while the anti-Brexit vote will be split by the Liberal Democrats, the Green Party and Change UK, will it add up to more than that of Farage’s Brexit Party?

Read Also: EU elections 2019: Country-by-country guide on what to look out for