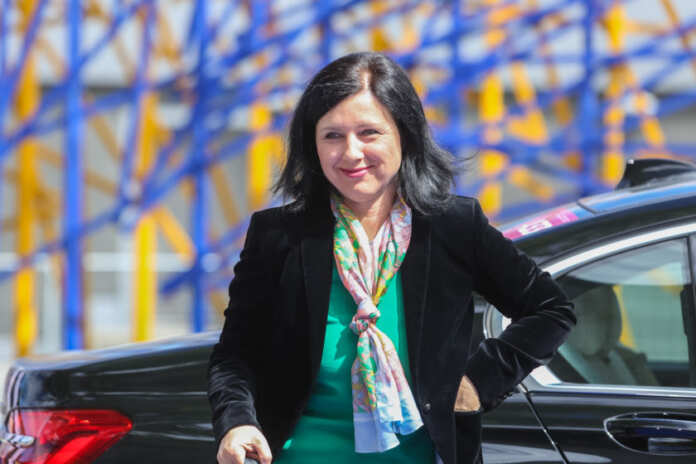 The door for a dialogue between Poland and the European Union on judicial reform issues is open and the EU hopes to find a long-term solution to ongoing tensions, EU Values and Transparency Commissioner Vera Jourova said in Warsaw on Tuesday.

“(I want) to have a message back for (European Commission President) Ursula von der Leyen…that the door for the dialogue with Poland is open,” Jourova told journalists.

Jourova is in Warsaw to meet with officials, including Poland’s Justice Minister Zbigniew Ziobro, about ongoing reforms to the judicial system, including a new law that critics say would muzzle judges.