The European Union and the Peoples Republic of China look prepared to reach a business investment deal, according to media reports.

The deal is expected to be finalised in the coming days. Such a pact would provide EU businesses easier access to the Chinese market. Negotiations had commenced back in 2014.

According to the reports, the deal will open China’s manufacturing sector to EU companies. The deal will also affect areas such as construction, advertising, air transport and telecoms.

The deal comes just days after the UK’s post-Brexit trade agreement with the EU which was announced on 24 December. 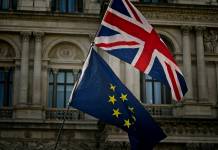 The European Commission reported progress on the talks with Beijing, including the core issue of workers’ rights in China.

While in Beijing, Chinese Foreign Ministry Spokesman Wang Wenbin said, “Thanks to efforts from both sides, the talks have been continuously making major achievements recently.”

“We hope the deal can be achieved at an early date, which will provide a sound framework for future trade and bring benefit to people on both sides”, Wang said.

Under the agreement, China will be requested to sign to the International Labour Organisation’s rules on forced labour.