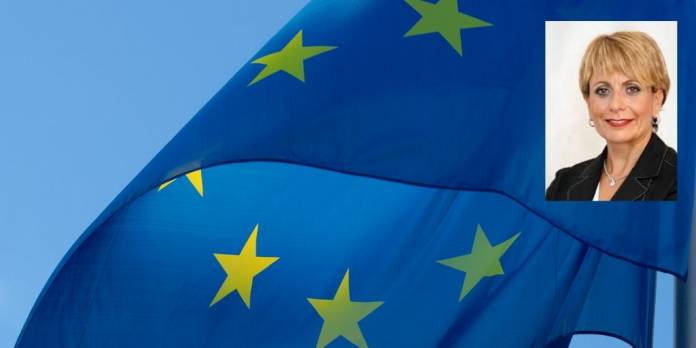 A revised EU budget will broaden its scope to address the economic fallout from the coronavirus and drive member states out of the emergency. EU leaders met on the 24th of April to discuss the Multi-annual Financial Framework (MFF) that comes into effect from the start of 2021.

Heads of States were unanimous in their decision to integrate the response to the pandemic into the seven-year budget; however, the virtual meeting did not reach agreement over the finer details of the funds.

Joanna Drake, Deputy Director-General at the EU Commission Environment department, while being interviewed during Newsbook Hour on 103, said that leaders made attempts to strike a compromise, but questions about the method, size and timing of disbursements were still unresolved by the end of the meeting.

“There have already been points of divergence about the original MFF proposals, but the differences took a new dimension in the middle of a pandemic,” explained Dr Drake.

The first disagreement is over the size of the budget in relation to the national GDP of countries and governments have yet to reach a deal over the global amount of the fund. A second area of discussion is the method of finance, as some leaders argue for loans and others for grants. Spain is proposing a middle way in the form of a system whereby countries pay back interest but not the initial outlay itself. This suggestion has not found unanimous support among leaders.

A third hurdle is the timing of disbursement and whether the funds can be made available by the end of this year. This point, though, depends on agreement over the other two outstanding issues.

The Deputy Director-General said that the Commission will now go back to the drawing board to propose a new MFF which could run into trillions of euros. The revised budget will be presented on May 6th and is expected to prioritise sustainable development to propel EU economies into the future.

“The new budget will take into consideration the effects of the Covid-19 emergency and actively help the member states out of them,” said Dr Drake. “At the same time, it will direct investment towards sectors of sustainable development such as clean technologies, renewable energy, zero-emission mobility and others.”

During the Summit, leaders formally approved the €540 billion rescue package agreed by EU ministers of finance in April.

Monique Agius   January 27, 2021
The tourism business section within the Malta Chamber welcomed the ministry's long-term strategy for the sector.