The Presidents of the Bishops´ Conferences of all EU Member States, COMECE, called for solidarity and sent a message of hope to the EU institutions and the Member States in this painful and uncertain historical moment marked by the coronavirus pandemic.

The EU Bishops’ Conferences stated that “We strive to build a universal fraternity that leaves no one out”. In the light of the recently published Pope Francis’ letter on Europe, the message “Regaining hope and solidarity” written by the Presidents of the Bishops’ Conferences of the European Union addresses mostly the fight against Covid-19 and the common efforts we are all called to make to ensure a fair, just and person-centred recovery.

The Bishops stated that through this message, the Catholic Church in the European Union restates its full commitment to the construction of Europe. Together with its founding values of “solidarity, freedom, inviolability of the human dignity, democracy, rule of law, equality and defence and promotion of human rights has brought peace and prosperity to our continent. 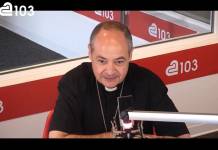 “Together with other sister Churches and ecclesial communities, with members of other religious traditions and people of good will the Catholic Church in Europe strives to build a universal fraternity that leaves no one out”.

In this difficult and painful moment, the Catholic Church has called on all of us, including the EU institutions and the national governments, to act in solidarity and hope, unity and dialogue, trust and responsibility. The Presidents of the Bishops´ Conferences called upon the people to go out of ourselves and see in the other, especially in those who suffer and stand on the margins of the streets, a brother and sister and also to be willing to give our lives for them.

It was also mentioned how this message of hope continues to build upon the meeting convened in September this year which has gathered for the first time all the Presidents of the EU Episcopates. 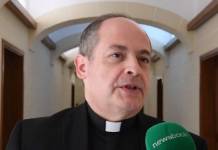