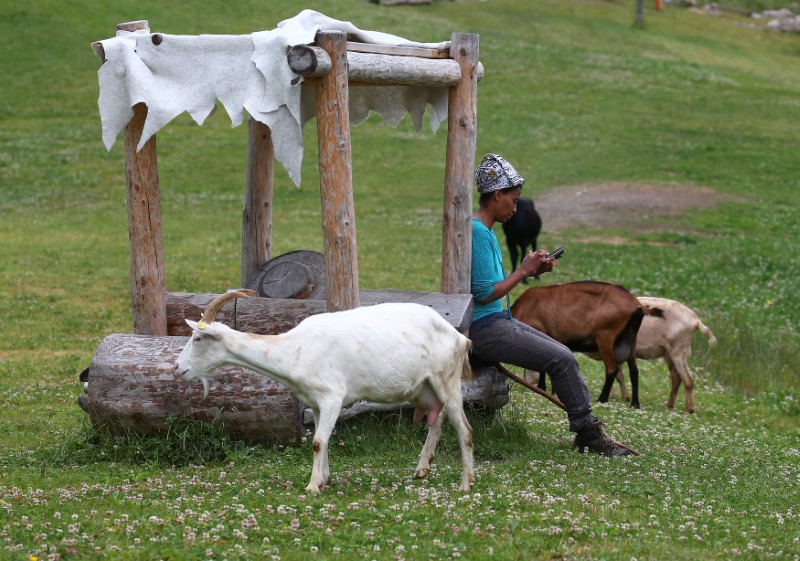 Agitu Idea Gudeta has built up a thriving business in her adopted Italy making goat’s cheese and beauty products in just a few years since fleeing her native Ethiopia in 2010 over a land dispute.

Her experience is a shining example of what migrants can achieve, given half a chance, though Gudeta fears growing hostility to newcomers in Italy will make it harder for outsiders to contribute in the future.

“I created my space and made myself known, there was no resistance to me,” she told Reuters. “But (the experience) of those who are coming now … is obviously being conditioned by ideologies based on lies that can create fear and resistance.”

Gudeta, 40, has made her home in the mountains of the Trentino region in Valle dei Mocheni, a stronghold of the far-right League party, which is led by Matteo Salvini, Italy’s new hardline interior minister.

Some opinion polls say the League is now Italy’s most popular party, its support fuelled by its uncompromising stance against the arrival of more than 650,000 migrants, many from sub-Saharan Africa, over the past five years.

Gudeta escaped from her home town of Addis Ababa, the capital of Ethiopia, after her protests against so-called ‘land-grabbing’ — whereby huge swathes of farmland were sold to foreign investors — raised the ire of the local authorities.

Ironically, in Italy she was able to use common land in the northern mountains to build her new enterprise, taking advantage of permits that give farmers access to public land to prevent local territory from being reclaimed by wild nature.

“While I was holding down another job, I started to recover the land and animals, starting off with 15 goats. Today I have 180 goats,” she said.

She employs a fellow-migrant to help out at her business, La Capra Felice (The Happy Goat), and is looking to hire two more people, who will almost certainly also be foreigners.

Italians, she said, struggle to keep up with the gruelling work day, with milking starting at 5.00 a.m., followed by long hikes through the mountain pastures.

“The refugees fit this job better, because it is very tiring,” she said. “Someone who has crossed the desert, crossed the sea, has physical resilience and also the motivation to redeem themselves.”

The secret was to try to draw the best out of everyone.

“Once (migrants) are on our territory, we should not constantly look to marginalized them. This is negative and counterproductive,” she said.

Interior Minister Salvini complains that Italy has taken in too many migrants and has accused European Union allies of doing nothing to share the burden by refusing to distribute asylum-seekers evenly around the continent.

“It is right to use an iron fist for a while to wake up the rest of Europe,” said local resident Diego Detassis.