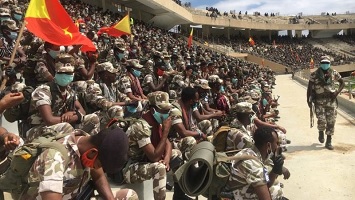 Fighting in Ethiopia’s northern Tigray state appears to be escalating, with rockets being fired across the border at Asmara, the capital of Eritrea.

The Tigray region also shares a long border with Eritrea, where the Tigray people are also the largest ethnic group.

While Ethiopia and Eritrea had long been engaged in conflict – a final peace was only agreed upon in 2018 – the two governments have since become allies. The TPLF had threatened attacks on Asmara after accusing the country of sending troops to back the Ethiopian government.

Rockets fell down at the outskirts of Asmara on Saturday, though there were no immediate reports of injuries. The TPLF had also fired rockets at Ethiopia’s Amhara region.