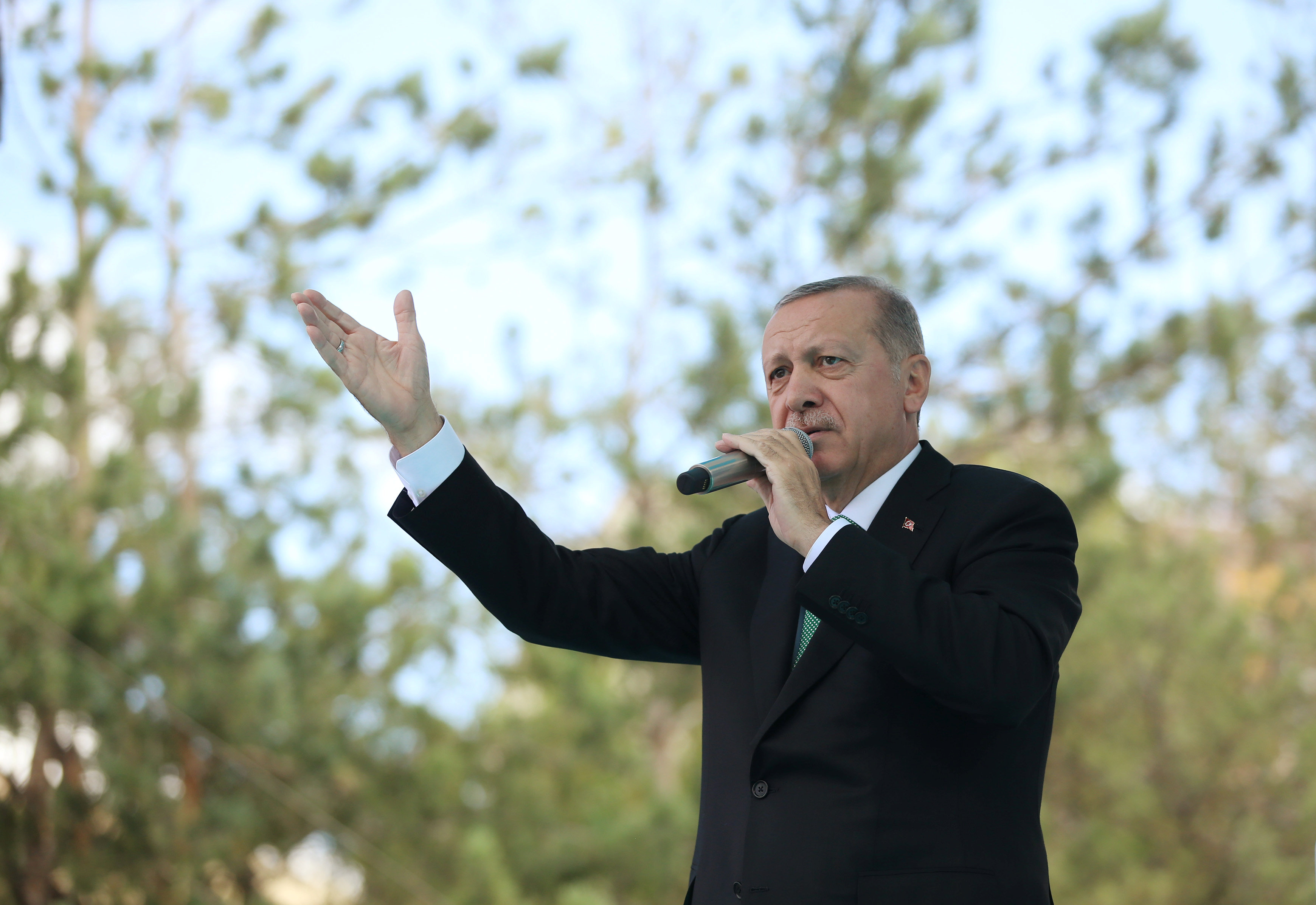 Turkish President Tayyip Erdogan on Saturday said it was wrong of the United States to try to bring Turkey into line with threats, a day after President Donald Trump doubled tariffs on Turkish metal imports as the row between the two NATO allies deepened.

The two governments have been at odds over a wide range of topics – from diverging interests in Syria, to Turkey’s ambition to buy Russian defence systems, and the case of evangelical pastor Andrew Brunson, who is on trial in Turkey on terrorism charges.

“You can never bring this nation in line with the language of threats,” Erdogan told a crowd of supporters in the Turkish town of Unye on the Black Sea coast. “I am once again calling on those in America: It is a pity that you choose a pastor over your strategic partner in NATO,” he said.

After almost 20 months in a Turkish jail, Brunson was moved to house arrest in July by a court. Since then Trump and his vice president Mike Pence have repeatedly called for his release while Ankara said the decision was up to the courts.

Washington in response sanctioned two Turkish ministers and Trump on Friday announced it was doubling the tariffs on steel and aluminium imports from Turkey, saying relations with Ankara were “not good at this time”.

The ailing Turkish lira, which had already lost one third of its value this year largely over worries about Erdogan’s wider control of the economy, crashed further to a fresh record low, at one point losing 18 percent, its biggest fall since 2001.

A meeting on Friday unveiling a new economic approach by Turkey’s finance minister Berat Albayrak, Erdogan’s son-in-law, did little to offer support for the free-falling lira as investors sought concrete steps such as an interest rate hike to restore confidence.

Erdogan on Saturday repeated a call to Turks to help support the lira to win what he described was a “war of independence”.

“If there are dollars under your pillow, take these out. If there are euros, take these out .. Immediately give these to the banks and convert to Turkish lira and by doing this, we fight this war of independence and the future. Because this is the language they understand,” he said.

Erdogan has cast the recent slide in the lira as a war and without naming countries said supporters of a failed military coup two years ago, which Ankara says was organised by a U.S.-based Muslim cleric, were attacking Turkey in new ways since his re-election two months ago.

In an opinion piece in the New York Times, he warned the U.S. that Ankara had other alternatives as allies.

“Before it is too late, Washington must give up the misguided notion that our relationship can be asymmetrical and come to terms with the fact that Turkey has alternatives. Failure to reverse this trend of unilateralism and disrespect will require us to start looking for new friends and allies,” Erdogan said.

Turkey, home to the Incirlik air base which is used by U.S. forces in the Middle East, has been a NATO member since the 1950s. It is host to a critical part of the Western alliance’s missile defence system again Iran.

In a separate opinion piece in the pro-government newspaper Daily Sabah, Erdogan’s spokesman Ibrahim Kalin said Turkey’s efforts to solve the crisis with diplomatic methods have been dismissed by the Trump administration, warning that Washington might completely lose Ankara as an ally.

“The U.S. runs the risk of losing Turkey as a whole. The entire Turkish public is against U.S. policies that disregard Turkey’s legitimate security demands. Threats, sanctions and bullying against Turkey will not work,” he said.