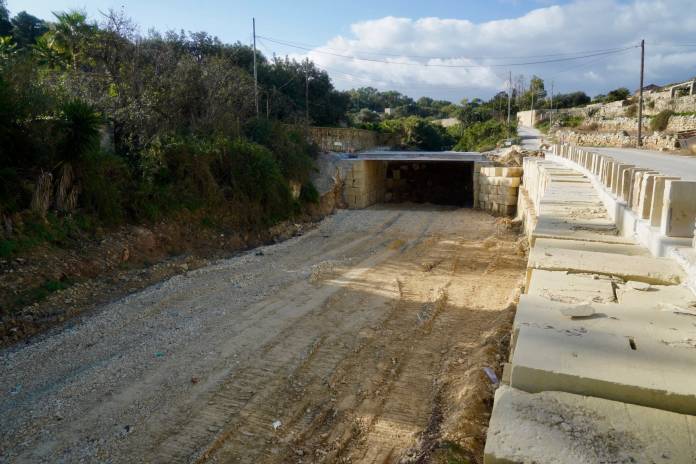 In a joint press statement, the NGOs, Ħaż-Żebbuġ Local Councillor and environmentalists stated that Wied Qirda has been mutilated mercilessly as a result of unauthorised works being carried out in this protected valley by Infrastructure Malta. The country path has been tarmacked over and widened, the topography of the valley bed has been altered, whilst a large structure is being built over the valley bed.

They also explained how the physical characteristics of the valley have been changed and this has been done without any authorisation from ERA.

“It is barbaric for a government agency to bulldoze a special area of conservation without any regard for the law whatsoever”, they added.

The petitioners are demanding ERA to establish who is directly responsible for ordering and authorising the ‘barbaric actions’ in Wied Qirda.

In conclusion to the press statement the ERA said that once all works are concluded, it will continue monitoring Wied Qirda to assure that Infrastructure Malta did all the works as necessary without damaging the valley.

Coryse Borg   February 26, 2020
The Startup Action is an event held on a yearly basis in Malta by the European Startup Hub, providing you with the full experience of a startup. This is the place to meet your co-founders and various mentors to help you get started with building a real company.

Amy Borg   February 25, 2020
The first case of Coronavirus has been reported in Palermo, Sicily. According to the Italian newspaper La Repubblica, Monday evening, a woman from Bergamo has been tested positive to the virus.