In what is being described as a revolutionary move for the local market, Epic has brought down the price of unlimited mobile plans to €24.99 without a lock-in contract. In a statement the company said that he move is part of a brand-new set of mobile plans from Epic, the new brand replacing Vodafone, after its acquisition by Monaco Telecom on March 31st. Plans start from a €24.99 per month, five euros lower than similar plans from the competition, which in their case come with 24-month contracts.

So far, customers were presented with a choice between topping-up or signing up to a monthly plan. And although a monthly plan meant better value there was a pre-requisite for 24 months contract thus keeping consumers away from it.

The company said that Epic move means that customers can join the consumer unlimited plans without legacy 24-month contracts and still get the best prices without penalties, should they wish to modify their plans.

At the launch of the new Epic brand, the company announced that it is bringing down the price of its Unlimited Mobile Plans to €24.99, a move which, coupled with the no lock-in contracts, brings the Maltese market more in line with the rest of Europe. The new price point is the cheapest in the market, five euros cheaper than similar offers from other operators.

The company also launched monthly payment plans for customers to upgrade their smartphone and keep up-to-date with new technology. Whilst similar price plans exist, the €3.99 price is an all-time low and aims to make it easier for Epic customers to access all the latest technology.

The line-up of tariffs also includes a new top-up value plan for €9.99 with 8 gigabytes of 4.5G mobile data and 200 minutes and 200 SMS to any network. With the top-up value pack, Epic offers double the data, minutes and SMS versus its competitors’ current offers.

Through Epic for Business, the company’s enterprise arm, the company is bringing unlimited mobile plans for business of all sizes. The company said that over the past month, it had expanded its international roaming footprint to 220 countries, with 175 networks providing 4G speeds – a figure double that of the company’s second-best competitor. 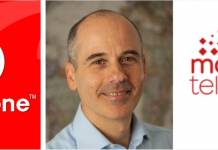