There is no place for racism and discrimination in our societies, say MEPs, asking the EU to take a strong and decisive stand against racism, violence and injustice.

In a resolution adopted last week with 493 votes to 104 and 67 abstentions, the European Parliament “strongly condemned the appalling death of George Floyd” in the US, as well as similar killings elsewhere in the world.

The MEPs have called on the US authorities to address structural racism and inequalities, criticise the police crackdowns on peaceful protesters and journalists and President Trump’s threat to deploy the army as well as his “inflammatory rhetoric”.

In a statement issued by the European Parliament, it was stated that the Chamber supports the recent massive protests around the world against racism and discrimination and condemns “white supremacism in all its forms”.

The use of force by law enforcement authorities should always be lawful, proportionate, necessary and the last resort, stressed the MEPs while insisting that the excessive use of force against crowds contravenes the principle of proportionality. 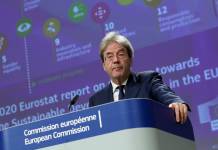 The EP underlined that cases of police brutality and abuse should not go unpunished and that citizens have the right to record scenes of police violence to use as evidence.

“End racial and ethnic profiling, increase diversity within the police”

EU member states are being urged to end racial and ethnic profiling in criminal law enforcement, counter-terrorism measures and immigration controls. The European Parlaiament stated that new technologies in this field must not discriminate against racial and ethnic minorities.

European crimes against humanity committed against black people in the past

The EU institutions and the member states should officially acknowledge past injustices and crimes against humanity committed against black people, people of colour and Roma, said the European Parliament.

The MEPs have urged the Council to immediately conclude the negotiations on the Horizontal Directive on non-discrimination, blocked by EU countries since the Commission proposed it in 2008. It was also stated how freedom of speech does not protect racism and xenophobia.