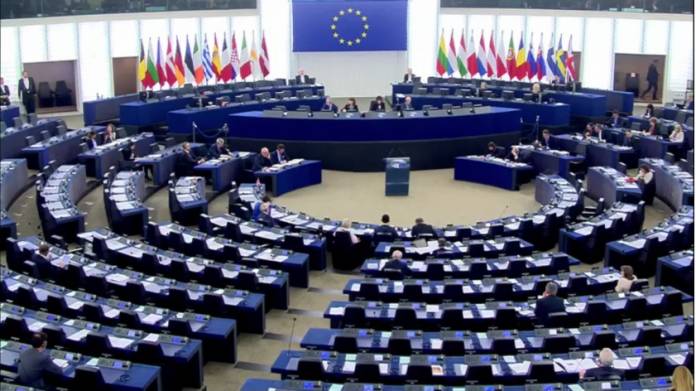 The European Parliament, on Wednesday, has adopted a resolution providing MEPs’ input to negotiations with the British government on a new partnership between the European Union and the United Kingdom after the Brexit transition period.

The resolution was adopted by 543 votes to 39, with 69 abstentions.

In a press statement, the European Parliament said it wants the agreement with the UK to be based on three main pillars: an economic, foreign affairs partnership and specific sectoral issues. MEPs said on Wednesday that a non-EU country cannot enjoy the same rights as a member state and the integrity of the Single Market and the Customs Union must be preserved at all times.

To reach a new free trade agreement with the United Kingdom, in the press statement, MEPs said that given the size of the UK’s economy and its proximity, future competition with the EU must be kept open and fair through a “level playing field”, which means guarantees for equal rules on social, environmental, tax, state aid, consumer protection and climate matters amongst other issues.

MEPs also said that in order to maintain quota-free, tariff-free trade relations, the British government should pledge to update its rules on competition, labour standards and environmental protection.

The resolution adopted on Wednesday makes clear that to gain Parliament’s consent, any agreement with the UK on free trade deal must be conditional on a prior agreement on fisheries by June 2020.

According to the European Parliament if the UK does not comply with EU laws and standards then the Commission should evaluate possible quotas and tariffs for the most sensitive sectors as well as the need for safeguarded clauses for EU single market. This is particularly important for food and agricultural imports, which have to strictly comply with EU rules.

The resolution is based on the European Commission’s draft negotiating directives, which were presented by EU Chief Negotiator Michel Barnier. The directives also need to be signed on 25th of February by the EU 27 member states’ representatives in the Council.