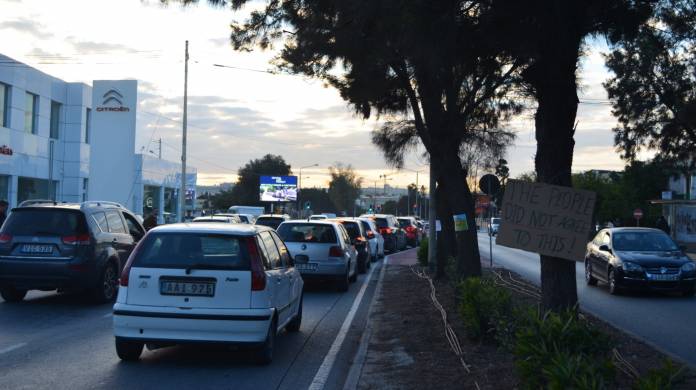 A group of environmental activists and ENGOs maintained that a cluster of protected almond trees which should have been carefully been transplanted from the Central Link site have been destroyed.

AREN, Arnold Cassola, Bicycle Advocacy Group, Friends of the Earth Malta, Għaqda Siġar Maltin, and Moviment Graffitti, in a statement, explained how this is a breach of the nature permit issued by ERA which imposed other conditions such as the requirement that works do not start until the appeal is final. These activists and ENGOs are appealing the decision to grant a permit for the Central Link Project.

The appellants stated that these conditions have been flagrantly disregarded by Infrastructure Malta which has bulldozed ahead after requesting some deviations from the original permit.

The NGOs and residents appealing the Central Link case have filed a judicial protest against ERA holding the Authority responsible for not adhering to environmental regulations and enforcing the terms of the very same permit issued by it.

They also stated and explained how fines that may be imposed on Infrastructure Malta will be paid for from taxpayers’ funds, that is, the public will have to fund environmental breaches because of powerless enforcement. The NGOs also stated that the public and the environment will lose out whilst Infrastructure Malta and the ERA will remain “unchecked and unpunished”.

The Environment & Resources Authority (ERA) reiterated that the works which were not in conformity with the approved permit have been stopped by its enforcement officers, and only works covered by the permit were allowed to continue.