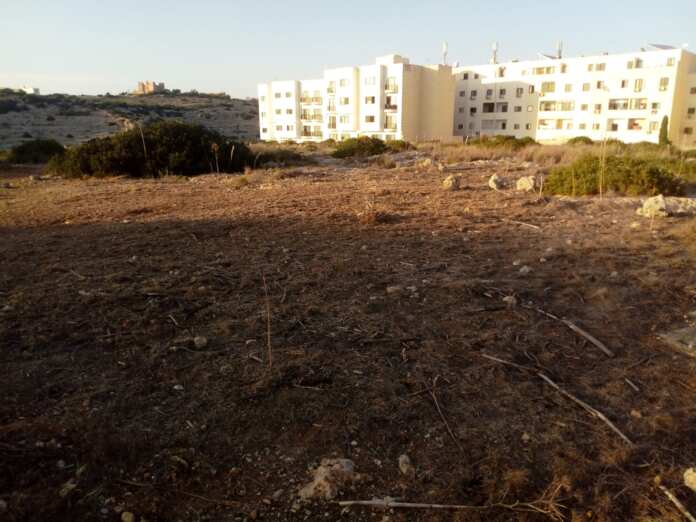 The non-governmental environmental organisations Nature Trust – FEE Malta and Greenhouse Malta have expressed their concern over what they claimed indicates illegal activities at Xemxija Heights.

Both organisations have reported to the Planning Authority and the Environment and Resource Authority that the machinery works witness in the area. They also observed that a number of protected shrubs and a lentisk tree were put down. The garigue also suffered damage as soil / rubble was dumped on it. From the feedback the eNGOs received, they were informed that the issue would be challenged by the Compliance and Enforcement Unit.

Greenhouse Malta has surveyed the area as part of their ongoing orchid monitoring programme (Wild4Orchids). The surveys are carried out by citizen scientists and through the surveys in the area it was revealed that an endemic orchid which is listed in the Maltese Islands in the Red Data Book grows in the area. The orchid was protected by means of a legal notice.

Coryse Borg   March 30, 2020
A number of cast members of Masquerade Malta's Matilda the Musical - which was to have premiered at the Malta Conference Centre on the 17th April - came together virtually to sing one of the musicals' numbers - When I Grow Up.

Amy Borg   March 30, 2020
A Maltese national, a 29-year-old man, has contracted coronavirus and has been hospitalized in Barcelona.