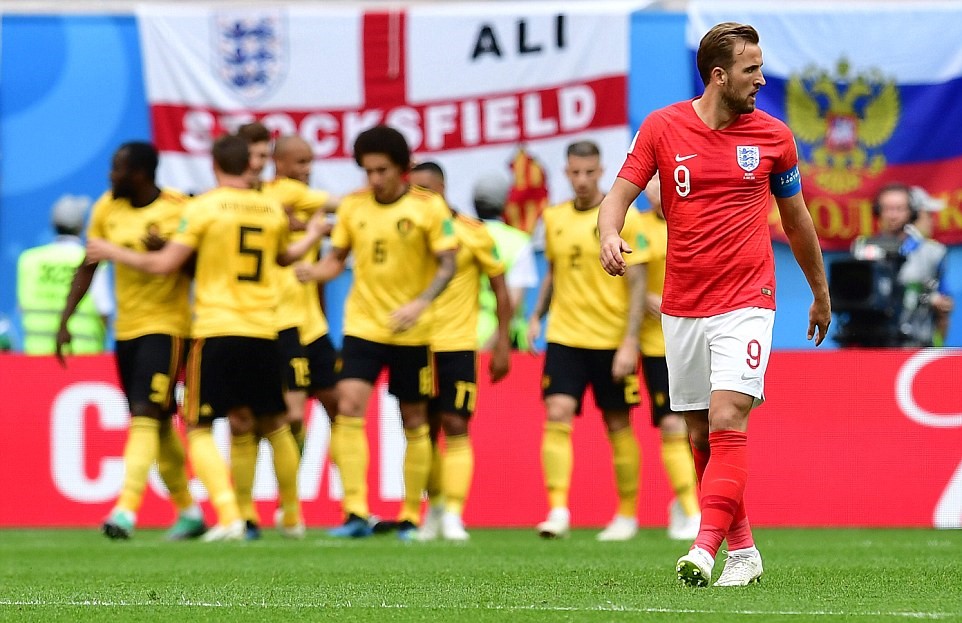 England fell to their second defeat in a row after Eden Hazard inspired Belgium to a 2-0 win. Roberto Martinez’s team proved to be the better side as they finished their campaign by placing third in the tournament.

The Three Lions tried to overturn the result with attempts from Eric Dier, Ruben Loftus-Cheek and Jesse Lingard but Belgium looked sharper and could rely on better reserves. Although England succumbed to their third defeat in Russia, their fans will be hoping that Harry Kane wins the World Cup Golden Boot. The Tottenham Hotspurs player ended the tournament with six goals and can only be surpassed by either Kylian Mbappe or Antoine Griezmann who must score a hat-trick in tomorrow’s final.