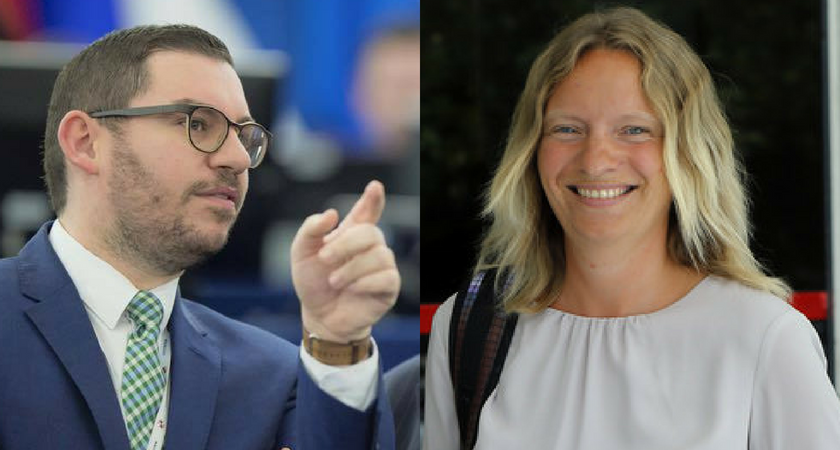 Cyrus Engerer appealed to the 36 MEPs who had called on the Whistleblower Maria Efimova to be protected by the Greek authorities and prevent her extradition to Malta to uplift [sic] their call following the publication of 49 pages out of the 1,500 page report on the Magisterial inquiry into Egrant.

The former Prime Minister representative to the EU who was also found guilty of a criminal offence related to the distribution of pornography and given a two-year suspended jail sentence, and is now an aspiring MEP, wrote to the 36 European Members of Parliament who had appealed to the Greek Government to protect the whistleblower in the Pilatus Bank case Maria Efimova from being extradited.

Engerer erroneously called for the “uplift” of the protection which would mean that protection would be strengthened when he actually meant “lift” meaning to revoke. The MEPs in this case have no authority over the Greek courts.

In a reply on Twitter, Efimova said that Malta is becoming more dangerous for her since people connected to the government are openly calling for her execution. Efimova asked Engerer if he joins in the call. Efimova’s husband reminded Engerer that the Greek Supreme Court found that the Maltese arrest warrants were unjustified and unsupported.

In his email to the MEPs, seen by Newsbook.com.mt Engerer claimed that the “truth has finally come out” and said that what Efimova and assassinated journalist Daphne Caruana Galizia had revealed were “a lie and total fabrication”. According to Engerer’s interpretation of the main conclusions, the documents were falsified and fraudulent signatures were added to them “following the lie”. In his email, Engerer said that he was certain that the MEPs would find themselves in agreement to lift their call for Efimova’s protection.

Along with his email, Engerer attached a copy of an unofficial translation of the inquiry which is 21 pages in length.