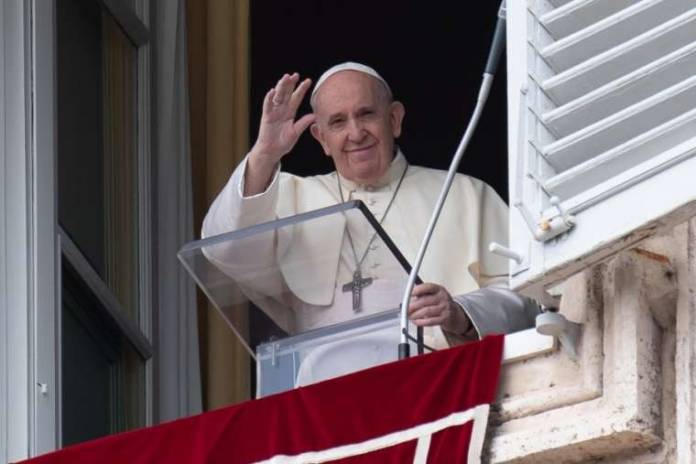 The value and promotion of peace is reflected on in the seventh chapter of Pope Francis’s encyclical “Fratelli Tutti”. In this chapter title “Paths of renewed encounter”, the Pope underlines that peace is connected to truth, justice and mercy. Far from the desire for vengeance, it is “proactive” and aims at forming a society based on service to others and on the pursuit of reconciliation and mutual development (227-229).

In a society, everyone must feel “at home”, the Pope writes. Thus, peace is an “art” that involves and regards everyone and in which each one must do his or her part. Peace-building is “an open-ended endeavour, a never-ending task”, the Pope continues, and thus it is important to place the human person, his or her dignity and the common good at the centre of all activity (230-232).

Forgiveness does not mean impunity

Forgiveness is linked to peace: we must love everyone, without exception – the Encyclical reads – but loving an oppressor means helping him to change and not allowing him to continue oppressing his neighbour. On the contrary: one who suffers an injustice must vigorously defend his rights in order to safeguard his dignity, a gift of God (241- 242). Forgiveness does not mean impunity, but rather, justice and remembrance, because to forgive does not mean to forget, but to renounce the destructive power of evil and the desire for revenge.

Never forget “horrors” like the Shoah, the atomic bombing of Hiroshima and Nagasaki, persecutions and ethnic massacres – exhorts the Pope. They must be remembered always, anew, so as not be become anaesthetized and to keep the flame of collective conscience alive. It is just as important to remember the good, and those who have chosen forgiveness and fraternity (246-252).

War, a failure of humanity

Part of the seventh chapter, then, focuses on war: it is not “a ghost from the past” – Francis emphasizes – “but a constant threat”, and it represents “the negation of all rights”, “a failure of politics and of humanity”, and “a stinging defeat before the forces of evil” which lies in their “abyss”.

Moreover, due to nuclear chemical and biological weapons that strike many innocent civilians, today we can no longer think, as in the past, of the possibility of a “just war”, but we must vehemently reaffirm: “Never again war!” And considering that we are experiencing a “world war fought piecemeal”, because all conflicts are interconnected, the total elimination of nuclear arms is “a moral and humanitarian imperative”. With the money invested in weapons, the Pope suggests instead the establishment of a global fund for the elimination of hunger (255-262).

The death penalty to be abolished worldwide

Francis expresses just as clear a position with regard to the death penalty: it is inadmissible and must be abolished worldwide, because “not even a murderer loses his personal dignity” – the Pope writes – “and God himself pledges to guarantee this”.

From here, two exhortations: do not view punishment as vindictive, but rather as part of a process of healing and of social reintegration, and to improve prison conditions, with respect for the human dignity of the inmates, also considering that “a life sentence is a secret death penalty” (263-269). There is emphasis on the necessity to respect “the sacredness of life” (283) where today “some parts of our human family, it appears, can be readily sacrificed”, such as the unborn, the poor, the disabled and the elderly (18).

In the eighth and final chapter, the Pontiff focuses on “Religions at the service of fraternity in our world” and again emphasizes that violence has no basis in religious convictions, but rather in their deformities. Thus, “deplorable” acts, such as acts of terrorism, are not due to religion but to erroneous interpretations of religious texts, as well as “policies linked to hunger, poverty, injustice, oppression”.

Terrorism must not be supported with either money or weapons, much less with media coverage, because it is an international crime against security and world peace, and as such must be condemned (282-283).

At the same time the Pope underscores that a journey of peace among religions is possible and that it is therefore necessary to guarantee religious freedom, a fundamental human right for all believers (279). The Encyclical reflects, in particular, on the role of the Church: she does not “restrict her mission to the private sphere”, it states. She does not remain at the margins of society and, while not engaging in politics, however, she does not renounce the political dimension of life itself. Attention to the common good and concern for integral human development, in fact, concern humanity, and all that is human concerns the Church, according to evangelical principals (276-278).

Lastly, reminding religious leaders of their role as “authentic mediators” who expend themselves in order to build peace, Francis quotes the “Document on Human Fraternity for World Peace and Living Together”, which he signed on 4 February 2019 in Abu Dhabi, along with the Grand Imam of Al-Azhar, Ahmad Al-Tayyib: from that milestone of interreligious dialogue, the Pontiff returns to the appeal that, in the name of human fraternity, dialogue be adopted as the way, common cooperation as conduct, and mutual knowledge as method and standard (285).

The Encyclical concludes by remembering Martin Luther King, Desmond Tutu, Mahatma Gandhi and above all Blessed Charles de Foucauld, a model for everyone of what it means to identify with the least in order to become “the universal brother” (286-287). The last lines of the Document are given to two prayers: one “to the Creator” and the other an “Ecumenical Christian Prayer”, so that the heart of mankind may harbour “a spirit of fraternity”.

(Concluded. The above report is taken from the official summary supplied by the Vatican.)