Local news portals have reported that seventy-eight persons employed with companies owned by former OPM chief of staff Keith Schembri have filed a court application asking for their wages to be exempted from the freezing order issued last week.

Yesterday, Schembri filed an urgent court application, requesting that the court releases sums of money so that his employees could receive their salary as per usual. 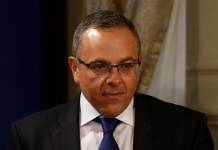 On Monday, Madam Justice Edwina Grima issued an order to freeze all assets held by Schembri, his wife and one of his two daughters, among others. The lengthy list includes Nexia BT and its partners. The court concluded that there is reasonable suspicion that money laundering offences have been committed.

Police Commissioner Angelo Gafà said that the police bail period is normally three months, and can be extended further as needed. This was said this while answering a question from Newsbook.com.mt as to whether any people would be arraigned in court in connection with the arrests made between Monday and Tuesday night. 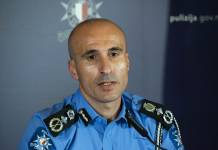 The Times of Malta reported that in an application filed on Sunday, the 78 employees asked the court to consider the request as urgent, given that Wednesday is the end of the month and employees are due to be paid their wages that day.

Lawyers Edward Gatt and Mark Vassallo argued that none of the 78 people features on Monday’s investigation order and the freezing of their salary was disproportionate. The lawyers said their clients’ right were being breached as they were simply employees and had nothing to do with the case at hand.

Muscat and Mizzi to testify in Vitals case