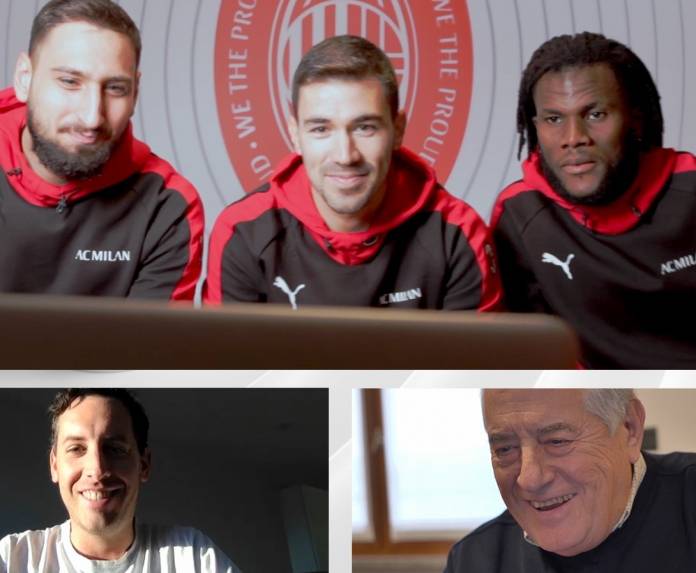 Dubai, UAE; January 2021 – Emirates enlisted the help of Arsenal, Real Madrid and AC Milan to surprise its most deserving fans and reconnect them with their favourite football clubs. In a year filled with video calls, it was only apt that Emirates set up one last virtual meeting in 2020 that they would never forget.

The unassuming fans joined the teleconference thinking they would be recapping the year and sharing their passion for sport. They got so much more in return as top players like Pierre-Emerick Aubameyang, Toni Kroos and Alessio Romagnoli made surprise appearances via video call and gifted them with Emirates flight tickets and match tickets to watch the clubs they support.

The footballers reached out to their respective club fans and their surprises were documented in three different videos but the message was a united one – reconnect with the world in 2021, with family, friends and football.

Emirates and Arsenal scoured the globe for the most deserving club supporters and surprised them with 2 flight tickets to London and 2 tickets to watch an Arsenal game of their choice at Emirates Stadium.

The fans included Qalid, Josh, Kenny and Assil from Arsenal’s Community Kicks programme in the UK who had spent over 200 hours during lockdown volunteering at foodbanks in London. Lifelong Arsenal fan Chris, based in Dubai, was nominated by the Arsenal UAE Supporters Club and had spent the year championing mental health and supporting over 500 individuals. Singapore-based fans James and Tricia were nominated by the Arsenal Singapore Supporters Club. The parents-to-be have had a particularly difficult year, separated from their families in the UK where James’ father is battling cancer.

The fans were pleasantly surprised when their calls were joined by “technical support assistants” who turned out to be none other than Arsenal’s star players Pierre-Emerick Aubameyang, Thomas Partey, Bernd Leno, Granit Xhaka. Watch the video here.

Real Madrid FC and Emirates recruited stars Thibaut Courtois, Toni Kroos, Eden Hazard and Marco Asensio to reconnect fans Naved in Dubai and Jandro based in Rio De Janeiro with their loved ones.

Naved’s passion for the club led him to learn Spanish and he was meant to travel to meet his friend Yoa Tamoyo, another die-hard Madridista this year but had their plans cancelled because of the pandemic. Jandro also had his travel plans halted and has been separated from his family in Madrid.

The Real Madrid stars interrupted their video call to present the fans with flight tickets to meet in Madrid and a special invitation to watch them play. View the video here.

AC Milan players also played their part to reconnect fans with the family they had been missing. Alberto, based in New York and his father, Paolo in Milan have been apart since the pandemic. Alberto and Paolo thought they were only discussing their Rossoneri passion over video call when Alessio Romagnoli, Gianluigi Donnarumma and Franck Kessié made a surprise appearance with a flight ticket and invitation for Alberto to come back to Milan and catch a match with his father in the near future. Watch the video here.

Emirates has been a proud sponsor of Real Madrid, AC Milan, Arsenal, and for 9, 13, and 16 years respectively, connecting with sports fans through a shared passion for the game. Throughout the year, when many countries were under strict lockdown, Emirates joined hands with its sponsorship partners to engage with communities around the world through campaigns and initiatives that let people know they were not alone, providing information, motivation, inspiration, and entertainment.