The Environment and Resources Authority has issued an emergency conservation order for the turtle nest site at Golden Bay.

NatureTrust reminded the public that the Mellieha local council prohibits the use of charcoal and/or wood BBQs throughout the year, adding that a permit from the council is needed to be able to use a gas BBQ.

The emergency conservation order for the area close to the nest applies from 10 August until 8 September.

The emergency conservation order prohibits various activities including entering the enclosed area, creating shadows over the closed area, the use of electric generators that run on fuel, making excessive noise or playing loud music, the use of fireworks or explosives in the area.

Camping and other events can only take place in the designated areas on 8 September between 6.30pm until 7.30am the next day. Activities with more than ten people in attendance would need to be covered by a special permit issued by ERA.

The following activities are prohibited between 10 August and 8 September:

ERA reminds the public that capturing, killing, taking, keeping, trade and the deliberate disturbance of these species, particularly during the period of breeding, rearing and migration, is prohibited.

There are currently two nesting sites one at Golden Bay and another at Ramla Bay on Gozo.

The loggerhead turtle laid eggs on Ramla Bay in Gozo in May. This was the first recorded and confirmed nest in Gozo in 70 years. 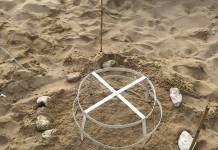 Any illegality should be reported immediately to ERA on 99210404 or ced.nature@era.org.mt.