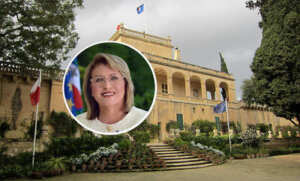 Newsbook.com.mt is informed that the President of Malta, Marie-Louise Coleiro Preca has acceded to a meeting with the three pro-life groups. The President shall be meeting them tomorrow.

Three pro-life organisations wrote a letter to the President of Malta, Marie-Louise Coleiro Preca to request an urgent meeting regarding the proposed amendments to the Law of the Embryo Protection.

The Gift of Life Foundation, Life Network Foundation, and the Unborn Child Movement said they are concerned about the proposed amendments to the Law on Protection of the embryo.

The final vote in Parliament will take place next Teusday.

These organisations said that the consultation process in relation to the law was not done as suggested by the President.

The three organisations asked that the meeting should take place before the vote on Tuesday.