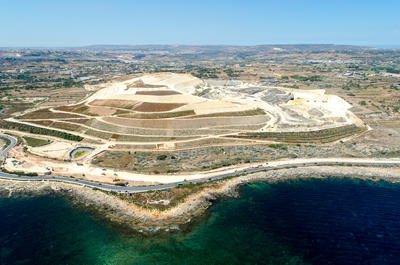 Partit Demokratiku leader Godfrey Farrugia pointed out that there doesn’t really seem to be much of an effort being made to reduce waste. He also asked the Government to be more transparent about its plans for a waste incinerator in Magħtab.

This was said in a statement by the PD mentioning that Farrugia said this before he met with the Parliament’s Environment and Development Planning Committee. During the meeting, plans for an incinerator in Magħtab are to be discussed. According to the statement, the meeting was called after the PD’s initiative in Parliament.

Farrugia noted that there are a number of questions about developing the Magħtab facility into a ‘waste-to-energy’ facility which have gone unanswered. He said that the PD wants replies about whether the Government has undergone any studies regarding the potential impact which the incinerator will have on people’s perception of recycling. He also asked how the Government is willing to ensure that there is no negative impact on the surrounding air quality. The last question was about what will happen with the ashes.

When it comes to waste management in general, the PD Leader also pointed out that, “To this day, certain central elements of a waste management strategy appear to be missing or are only dealt with as an afterthought. For instance, there seems to be no genuine effort to promote a waste reduction strategy.”