Home Affairs Minister Byron Camilleri added fuel to the speculation that a general election may not be too far away. In an interview on One TV, Camilleri said that the “general election may be in a few months’ time but certainly within two years”. Political observers contacted by Newsbook.com.mt said that this seemed like a classical Freudian slip, particularly since the prediction of an election ‘in a few months’ time’ seemed to be calibrated by a date which is the legal limit of the legislature.

Speculation on the possibility of an early election was strengthened over the past days with reports of the imminent co-option of MEP Miriam Dalli to the parliamentary seat vacated by former Prime Minister Joseph Muscat. Political pundits are looking at economic performance which has taken a severe blow, largely due to Covid-19 and seeing this as a further reason why an election could be imminent.

Prime Minister Robert Abela has consistently swept aside such speculation which has been rife almost since he took up his post in Castille. 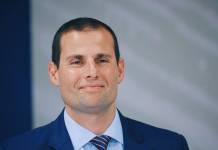