A 62-year-old man from Birżebbuġa is being interrogated by the police in connection with a report of a young boy being handed a hunting firearm.

On Saturday morning, a CABS – Committee Against Bird Slaughter – team monitoring the area of Ħas Saptan valley filmed a boy, aged between approximately 10 and 13 years, roaming the countryside with a loaded shotgun.

The Environmental Protection Unit within the Police Force was informed at around 7.15am.

Details about the case:
Photos: Boy filmed with loaded shotgun in Ħas-Saptan vicinity 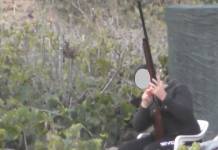 Police immediately went to the scene but the people involved had already left the area. After analysis of the footage and other investigations, the Police identified the adult who at that time was with the minor.

Accordingly, the Police went to the man’s residence, and the firearm was confiscated.

The man is expected to be arraigned in court. Police investigations are still ongoing.

CABS has called on the authorities to criminalise hunting in Ħas Saptan valley due to the amount of illegal hunting that is taking place during the migration period. 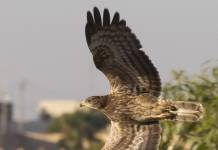