St Joseph home in Fgura has finally broken its silence after experiencing an outbreak of coronavirus cases.

Replying to mounting criticism, the management said in a Facebook post that 113 residents from the 278 who currently live in the home (41%) tested positive for COVID-19. However, the majority of the residents who tested positive are asymptomatic.

It said that there were also 29 staff members who tested positive and another 50 who are in quarantine.

The resident were being separated in clusters to curb the spread of the virus. “Positive cases, negative cases, and persons in quarantine are not in contact with one another,” the home said.

“We have seven doctors giving us continuous support; four of these are consultants and three of them are general practitioners. All seven are monitoring the situation day and night. Any clinical decision, such as whether a resident should remain at the home, or be transferred to Mater Dei, is made solely by them,” the home said.

It said that all staff members and residents were being swabbed once every three days as part of a containment plan.

The home said it managed to control the situation among its workers. It added that some people who had tested positive were now testing negative for COVID-19. Later, in a separate post, it added that today they have registered their first 7 recoveries.

Reacting to this message, Vanessa Grech said that the situation is far from under control. “When there are 115 positive cases from 300 residents, there’s nothing under control,” she wrote.

Mario Mifsud known as Dj Banana has shared his experience with this newsroom. He explained how both his mother and sister who are residents at the home have tested positive for coronavirus. He complained that the relatives were not immediately informed and were only told when they called to check on their loved ones. 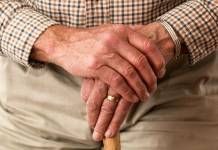