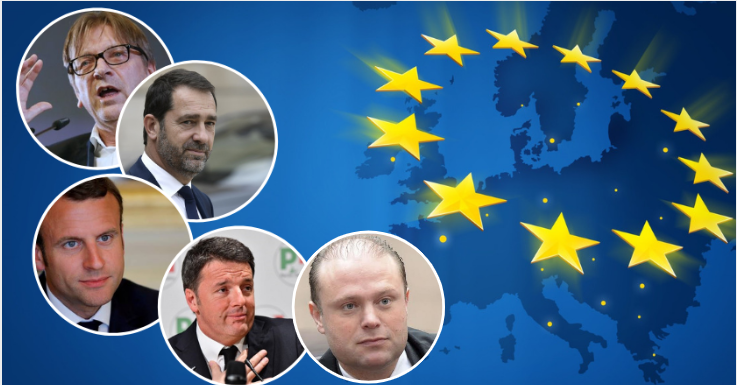 “Eight months is all we have left to reawaken Europe. So we must come together to act now.” Malta’s Prime Minister Joseph Muscat together with a number of EU politicians this morning made open invitation to politicians to heed their call to fight resurgent nationalism ahead of the European election next year.

These politicians  are proposing “to rebuild the European Union to finally meet the expectations of our peoples, and to reconnect with the European promise.”

They say that  “instead of a divided and weakened Europe which is at the mercy of world powers, we want a sovereign Europe that acts robustly at all times.”

Vision for the EU

The EU politicians then outlined their vision for the EU.

“Instead of Salvini’s threats of “mass cleansing” or “getting rid of Islam”, or Le Pen’s “doing away with Europe”, we proudly proclaim we still believe in the Union’s founding values of peace, freedom, prosperity and solidarity. And we will fight to both protect and retain them.

Instead of appeals to muzzle justice and opposition, we will defend the committed adherence to the rule of law and democratic institutions.

Instead of a divided and weakened Europe which is at the mercy of world powers, we want a sovereign Europe that acts robustly at all times where the action of isolated countries is unyielding – especially when it comes to economic and monetary policy, security and defence, social policy, ecological and agricultural transition, immigration and integration, plus digital change.”

The method to achieve vision

The Maltese Prime Minister and the other politicians said that they are not scared of change so much so that they are ready to reform treaties if that is what is needed. Expressing their determination to  move forward to build a stronger Europe despite all obstacles they extended an invitation to others who wanted to join them in this quest.

“We are determined to overcome existing partisan structures if they act as obstacles. We have committed ourselves to rejuvenating Europe by  bringing together citizens from all four corners of our Union. People who are passionate about the European Union, and determined to invest in this historical project.”

They concluded their piece by warning that  “Eight months is all we have left to reawaken Europe.”