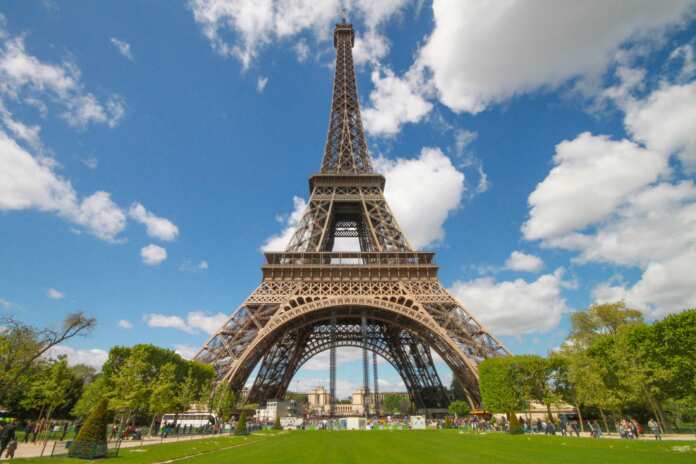 The Eiffel Tower’s lights were extinguished at 6.30pm Thursday, on the eve of the International Day to End Impunity for Crimes Against Journalists.

This was requested by Reporters Without Borders (RSF) as a tribute to Saudi columnist Jamal Khashoggi, and any other journalists “whose murders have so far gone unpunished.” A minute of silence was also observed by RSF Secretary-General, Christophe Deloire and those gathering on Place de Varsovie alongside him.

“A powerful gesture was needed to protest against this unbearable situation, and the one we chose was to extinguish the lights of one of the world’s most emblematic monuments,” said Deloire. “By plunging the Eiffel Tower into blackness, the colour of mourning, we pay tribute to our murdered colleagues, while the lights coming back on tells those who kill journalists that justice must sooner or later be rendered.”

Jamal Khashoggi is one of 77 members of the media who have been killed worldwide this year, with 90% of these crimes going unpunished, according to the RSF. Deloire was accompanied in Paris by Fabiola Badawi, Khashoggi’s former colleague; and Andrew Caruana Galizia, assassinated Maltese journalist Daphne Caruana Galizia’s son.

When the lights were turned back on, participants held posters including portraits of Khashoggi, Caruana Galizia, Ghislaine Dupont and Claude Verlon with the hashtag #NoImpunity.

Coryse Borg   February 20, 2020
Għaxaq Music Events have announced the details of this year’s edition of Summer Lust, which will be organised in Ħal Għaxaq on Friday 22nd and Saturday 23rd May 2020.

John Paul Cordina   February 18, 2020
Malta registered a 4.8% drop in the amount of solid waste generated in 2018, but construction waste – which accounts for nearly three quarters of the amount – bucked the trend with an 11.8% increase.